Only known recording of King's 1962 speech commemorating the 100th anniversary of the preliminary Emancipation Proclamation found in the museum's archives. 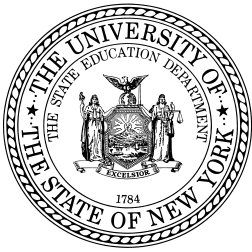 Albany, NY - January 20, 2014 - Board of Regents Chancellor Merryl H. Tisch and State Education Commissioner John B. King, Jr. today announced a new online exhibition on the New York State Museum's website featuring the only known audio recording of Dr. Martin Luther King Jr.'s 1962 speech commemorating the centennial anniversary of the Preliminary Emancipation Proclamation. The online exhibition is available at:
http://www.nysm.nysed.gov/mlk.
"This is a remarkable treasure," Chancellor Merryl H. Tisch said. "More than 50 years later, Dr. King's voice has come back to life. The Board of Regents and the State Museum are honored to present this unique online exhibition to the public. It's a rare and special opportunity to once more hear the power of Dr. King's words. Every New Yorker and every American should take the opportunity to listen to this speech."
"Martin Luther King used the power of his voice and his words to change the nation," said Commissioner King. "We've exhibited the typewritten text of the speech before, but this audio recording allows us to experience the real power and courage of Dr. King's speech as he delivered it back in 1962. This is history come to life."
"We are thrilled to share the recording of this historic speech with the public," said State Museum Director Mark Schaming. "At the State Museum, we strive to make our collections and state's history accessible to all. The online exhibition will allow the public the unique opportunity to hear Dr. King's voice in this compelling speech as we preserve this remarkable piece of history for future generations."
The speech was recorded live on September 12, 1962 at the Park-Sheraton Hotel in New York City by Enoch Squires, research associate for the New York State Civil War Centennial Commission. Governor Nelson A. Rockefeller had convened his New York State Civil War Centennial Commission for a dinner celebrating the centennial anniversary of the Preliminary Emancipation Proclamation.
Dr. King accepted Governor Rockefeller's invitation to speak at the dinner, although it conflicted with another event on King's schedule. To show his appreciation, Governor Rockefeller donated money to help rebuild African American churches in Georgia that had been intentionally destroyed by fires. He delivered his 26-minute speech commemorating the centennial anniversary of the Preliminary Emancipation Proclamation. The following year, Dr. King would be arrested in Alabama, pen his famous "Letter from Birmingham" and deliver one of the most celebrated speeches in American history – "I Have A Dream" – at the Lincoln Memorial in Washington, DC.
The online exhibition features the audio recording of the speech, the manuscript of the speech (from the New York State Archives), the original event program and educational resources. Museum staff have been working to digitize the thousands of audio and video recordings in the State Museum's collections of more than 15 million objects and artifacts. This on-going project recently uncovered the audio recording of Dr. King's speech.
A special exhibition including the audio recording of the speech, images, and the manuscript of the speech will be on exhibit at the State Museum in February 2014.
A draft of the Preliminary Emancipation Proclamation, written in President Abraham Lincoln's own hand, is part of the New York State Library's collections and traveled across the state in the fall of 2012, along with the manuscript of Dr. King's 1962 speech, to mark the 150th anniversary of the Proclamation.
Individual elements of the online exhibition are available here:
https://vimeo.com/84341735