During the summer of 2021, Legislator Drucker introduced and spearheaded unanimous passage of legislation to establish the Task Force. 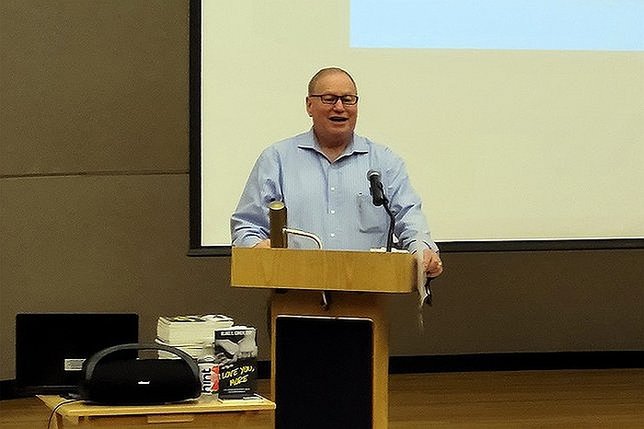 Photo by: Office of Legislator Drucker

Under Legislator Drucker’s proposal, appointments to the Task Force must be made no later than International Holocaust Remembrance Day on Jan. 27, 2022, and the Task Force’s recommendations for legislative action must be submitted to the Legislature’s Presiding Officer and the Minority Leader no later than Yom Hashoah on April 28, 2022.
In response to an alarming and frighteningly persistent increase in anti-Semitic incidents in recent years Legislator Drucker co-introduced the resolution establishing the Special Legislative Task Force to Combat Antisemitism on June 22, 2021. It was adopted unanimously by the full Nassau County Legislature in August 2021.
“For millennia, the scourge of antisemitism has plagued societies around the world, and Nassau County is not exempt from its noxious presence,” Legislator Drucker said. “Like so many others, I have grown weary of lamenting the prevalence of antisemitism in our society. It is time for decisive action, and I look forward to working alongside the members of Nassau’s Special Task Force to devise solutions that will eradicate hatred and bias wherever it currently festers.”
ABOUT THE LEGISLATIVE TASK FORCE TO COMBAT ANTISEMITISM
Membership of the Special Legislative Task Force to Combat Anti-Semitism will consist of six Legislators - three appointed by the Nassau County Legislature’s Presiding Officer and three chosen by the Minority Leader - who will then select five additional community leaders based upon their expertise and background in opposing anti-Semitism and intolerance. The County Executive or a designee will also serve an ex officio advisory member of the task force.
Working under the guidance of the Working Definition of Anti-Semitism as adopted by the International Holocaust Remembrance Alliance (IHRA), the task force is directed to host one or more public hearings to engage governmental and community leaders, law enforcement personnel, clergy, academics, members of the public and key stakeholders to gather facts about the origins and extent of anti-Semitism in Nassau County.
Upon the completion of these hearings and a public comment period of at least 60 days, the task force will submit a report containing recommendations for legislative action.
In addition to its fact-finding mission, the Special Legislative Task Force to Combat Antisemitism is tasked with educating youth by hosting a Virtual Youth Roundtable Against Antisemitism. Focused upon how the law and public policy can help to diminish bias and insensitivity, the event will be known as “Cardozo Day” in honor of esteemed New York jurist and former U.S. Supreme Court Justice Benjamin N. Cardozo.