Retired SCPD officer took pistol to work without permission, according to officials. 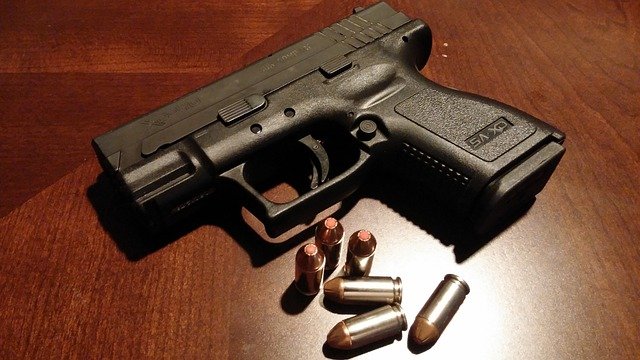 Reports: A Babylon Junior-Senior High School security guard has been fired after leaving an unloaded gun in a restroom (stock photo).

Babylon, NY - January 10, 2019 - A security guard working for the Babylon Union Free School District has been fired after he brought a firearm to work on Tuesday – against school policy – and inadvertently left it unattended on a restroom counter, officials say.
The guard, a retired Suffolk County Police Officer whose identity has not been publicly revealed, left an unloaded, holstered pistol in a restroom adjacent to the east gymnasium at Babylon Junior-Senior High School. School officials responded to what they perceived as an emergency, although it was eventually determined that the firearm was not brought in by a student or intruder, but by a security guard.
Superintendent of Schools Linda Rozzi sent a letter to parents in the district after the incident on Tuesday to keep them abreast of the situation, informing them that there was never any threat of danger posed to children or teachers.
“At no time was the safety of our students or staff in jeopardy, as the weapon was unloaded and was quickly recovered. It was determined that the item was unattended for a very brief time,” she said. “The individual in question has been relieved of his duties, effective immediately. We will take this opportunity to review our security and safety protocols and implement any changes necessary to further safeguard our district.”
School representatives from the confirmed that while the security guard has a gun permit and is legally allowed to possess a firearm, bringing it on school grounds was directly against district policy and not allowed.
While the Babylon Union Free School District employs security guards, it is agsinst their police for them to be armed. However, some school districts throughout the United States have begun to employ armed guards recently in light of the rising number of deadly school shootings in the country, sparking heavy debates on issues concerning gun control and student safety.
The fired guard does not face any charges, but according to a spokesperson from the Suffolk County Police Department, state law dictates that firearms are not allowed on school grounds and as a result of his actions, the guard’s gun permit will be reviewed by officials.