The 85th annual Academy Award nominees have been announced. 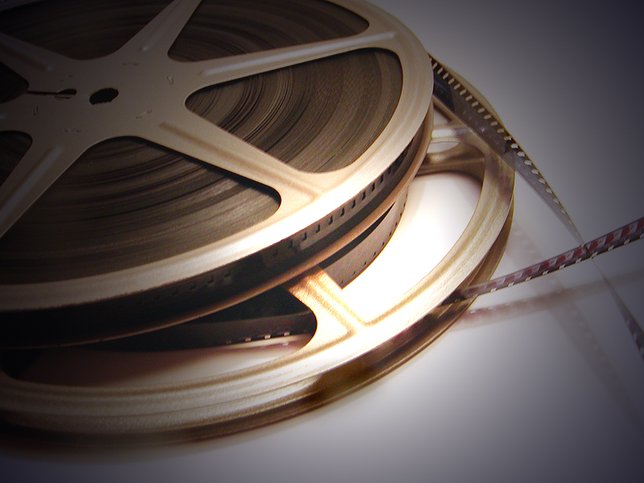 Awards season is upon us, folks, the 2013 Academy Awards are on the horizon and the nominees aren’t much of a surprise. Leading the pack with a slew of nominations is the biopic “Lincoln,” Steven Spielberg’s latest. The film was met to general acclaim, receiving a score of “91% - Certified Fresh” on film aggregate site Rotten Tomatoes, in my humble film critic opinion, the lack of social commentary and bloated running time knock it down a few pegs. Daniel Day-Lewis and Tommy Lee Jones are practical shoe-ins to win Best Actor and Best Supporting Actor, both for Spielberg’s love-letter to our greatest wartime President.

Other films nominated for Best Picture include Michael Haneke’s “Amour,” Benh Zeitlin’s “Beasts of the Southern Wild,” Quentin Tarantino’s “Django Unchained,” Tom Hopper’s “Les Miserables,” Ang Lee’s “Life of Pi,” David O. Russel’s “Silver Linings Playbook” (an opening night selection at the Hamptons Film Festival this past October), Kathryn Bigelow’s “Zero Dark Thirty” and Ben Affleck’s “Argo.” Many are up-in-arms over the absence of Christopher Nolan’s “The Dark Knight Rises,” the final entry in his Batman saga, however; the far-superior previous entry was snubbed by the Academy, too, so, there was little hope of seeing Nolan’s efforts rewarded. The safe money is on either “Les Miserables” or “Lincoln” with the fringe picks being “Zero Dark Thirty” and “Argo.” While I, personally, adored “Argo,” I think there’s little chance of it taking home Oscar gold.

Typically, whoever wins Best Director is an indication of what’s going to win Best Picture. So, in this case, the safe money’s on either Steven Spielberg or Ang Lee. Both are guys who have been to the big show before, both have taken home Oscars in the past, however; of the two, Lee’s “Life of Pi” is a superior film to Spielberg’s “Lincoln” in every respect. The notable snubs here are Ben Affleck and Kathryn Bigelow, both turning in amazing directorial efforts this year, with Affleck showing that he’s only improving behind the camera.

As mentioned, Lead Actor will go to Day-Lewis for “Lincoln,” however; there are some dark horse candidates here, as well. The impossibly handsome Bradley Cooper is nominated for “Silver Linings Playbook” but faces stiff competition not only from Day-Lewis, but also from Hugh Jackman for “Les Miserables,” Joaquin Phoenix for “The Master” and Denzel Washington for “Flight.” I could see this turning into a Jackman/Day-Lewis race, with Jackman potentially pulling off the upset.

Lead Actress is a coin toss, in my opinion. It’s easy to see Jennifer Lawrence take home the award for “Silver Linings Playbook,” which could price her out of returning for future “Hunger Games” films if her contract isn’t in order. Naomi Watts in “The Impossible” is another strong candidate, as is Jessica Chastain for “Zero Dark Thirty.” Quvenzhané Wallis for “Beasts of the Southern Wilds” is a dark horse candidate, but there’s an outside chance she might be the one who takes home an award representing that particular film. Rounding out the nominees is Emmanuelle Riva for “Amour.”

The Supporting Actor category is loaded with stiff competition, however; this is where “Lincoln” is practically guaranteed to take home gold. As mentioned, Tommy Lee Jones will most likely walk off with the award, though Alan Arkin for “Argo” is another strong candidate. Christoph Waltz is another great candidate, as he was stellar in “Django Unchained” (though, truthfully, it should be Leonardo DiCaprio whose nominated here, as the “Titanic” star is cashing in one of the finest performances of his young career). Philip Seymour Hoffman and Robert DeNiro are nominated for “The Master” and “Silver Linings Playbook,” respectively.

Supporting Actress has two front-runners in the form of Sally Field for “Lincoln” and Anne Hathaway for “Les Miserables.” Helen Hunt returns to the Oscars, nominated for “The Sessions,” Amy Adams for “The Master” and Jackie Weaver for “Silver Linings Playbook.” Hathaway stretched her legs this year playing the somewhat villainous Catwoman in “The Dark Knight Rises” and also does her own singing in “Les Miserables” (though, to be fair, everyone in the cast does their own singing), so the Academy might like her two-tiered approach this year. Sally Field is a legend, though, and previous Oscar winner who delivered one of the show’s most legendary moments, proclaiming "...I can't deny the fact that you like me, right now, you like me!"

Airing Feb. 24 at 7 pm on ABC, the 85th annual Academy Awards will be hosted by Seth McFarlane.