New York Attorney General Eric Schneiderman has announced new regulations that would require nonprofits spending money in political campaigns to disclose the sources of their funding. 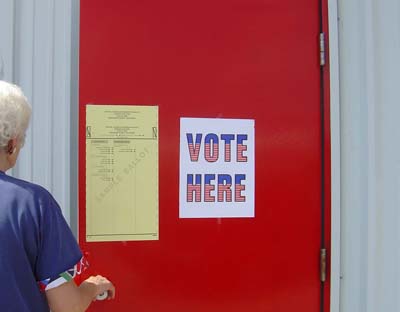 More than $400 million in “dark money,” or money coming from an undisclosed source through a nonprofit Political Action Committee, was spent in the 2012 election, a fivefold increase from the $80 million spent in 2008.  This development is attributed to the 2010 Supreme Court decision in Citizens United v. FEC, which allowed corporations, including nonprofits and labor unions, to contribute unlimited funding to campaigns.
“More money is being spent on our elections, with less disclosure of where that money is coming from, than ever before. By shining a light on this dark corner of our political system, New York will serve as a model for other states, and for the federal government, to protect the integrity of nonprofits and our democracy,” Attorney General Schneiderman said in a statement. “Requiring nonprofits to disclose the extent and nature of their electioneering activities will protect prospective donors from misleading solicitations, and give voters more information about who is behind many of the ads they are seeing.”
501(c)(4)s nonprofit organization have become popular conduits in campaigns because they can raise and spend unlimited amounts of money while completely concealing their funding sources and avoiding corporate taxes and donations.
The regulations would  require nonprofits that spend more than $10,000 on political campaigns to disclose the names of donors that give more than $100 to any group.  The disclosures are required for spending on elections of candidates or for advocating a particular issue within 180 days of an election.
These proposed regulations come after similar efforts in congress, called the DISCLOSE Act was filibustered by Senate Republicans which would have also required groups that donation more than $10,000 to disclose contributors.
The new regulations also require registered nonprofits that spend more than $10,000 to file an itemized schedule with its annual financial report listing each expenditure it made in connection to an election in New York State, including information about each donor who contributed $100 or more to the organization.  The regulations allow organizations to protect the privacy of individuals whose donations are restricted so the funds cannot be use for electioneering.
“When people spend money to try to influence our elections, the public needs to know where that money is coming from, and how it is being spent. Nonprofits should not be used to subvert that basic principle,” Attorney General Schneiderman added. “Simply put, transparency reduces the likelihood of corruption.”
The regulations were filed on Tuesday, and are expected to take effect early next year following a period for public comment, with enough time to effect disclosure of information concerning the 2013 local elections, including New York City’s mayoral elections as well as the state’s senate elections next year.
Share your thoughts on this article by posting a comment below or by visiting our Long Island Living discussion forum.