A man has been arrested and accused of robbing three people after contacting them through a male dating website. 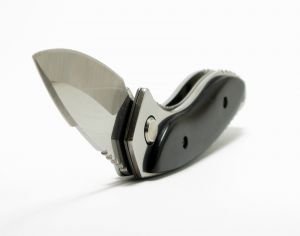 Nassau County Police have arrested a man who lured victims through an online dating site called “Adam4Adam” then robbed upon first encounter; he used the screen name “HUGE12” to contact other people through the website and arrange meet ups with his unsuspecting victims. Marquise J. Utsey, 22, of Roosevelt stole from at least three men before being caught according to county detectives.

The first incident occurred on the night of December 29 near the corner of 3rd Place and Valentine Street in Roosevelt. Utsey met his victim around 10:20 PM at which time he entered the vehicle of the 23-year-old man and threatened to shoot him if he did not hand over his money. No gun was visible, but the victim complied and gave the robber his iPhone as well before Utsey fled from the car on foot.

Marquise Utsey struck again two days later on New Year’s Eve when he met his second victim, age 39, at 6:15 PM. According to police, Utsey again got inside the man’s car and this time began arguing with the victim. Utsey snatched the man’s iPhone before fleeing into the backyards of properties on Valentine Street.

The last known occurrence took place on January third, when police say Utsey entered the vehicle of a third victim, age 28, and produced a small knife before demanding money. The victim handed over his money, and Utsey fled on foot once more.

Utsey was at last caught on January 8 at 4:15 PM when officers conducted an investigation at the corner of Park Avenue and Valentine Street. Police say that Utsey offered to perform sex acts in exchange for money from one of the officers, and was promptly placed under arrest without incident.

Charged with Prostitution and three counts of Robbery in the First Degree, Marquise Utsey will be arraigned today, January 9, in Hempstead. Police are asking any possible victims of similar crimes to contact them at 516-573-6152. No injuries were reported in any of the robberies.