Recent investigations have revealed that smoke shops on Indian reservations in Suffolk County have sold large quantities of cigarettes to the general public. 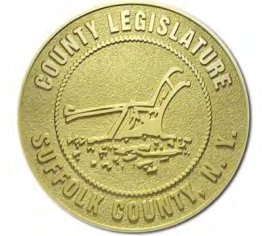 Smithtown, NY - March 12, 2014 - Using his knowledge and experience from his service with the FBI, Suffolk County Legislator Robert Trotta has filed legislation directing the County Attorney to examine the feasibility of commencing a legal action against certain major cigarette manufacturers. “While assigned to the FBI Violent Crime Task Force, I helped get millions of dollars of bootleg cigarettes off the street that were not being taxed and were resold on the black market,” said Legislator Trotta. “Now I want to take it to the next level by holding the cigarette manufacturers accountable for their role in the distribution and to recover monies Suffolk County should have received under the Tobacco Master Settlement Agreement,” Trotta added.
The 1998 Master Settlement Agreement (MSA) between the states and major tobacco companies required the tobacco companies to make annual payments to the states to compensate them for some of the medical costs incurred for treating people with smoking related illnesses. The amount of money allocated to Suffolk was determined, in part, by the number of cigarettes sold within the County. Cigarettes sold on Indian reservations to Native American residents are not subject to MSA calculations. Recent investigations have revealed that smoke shops on Indian reservations in Suffolk County have sold large quantities of cigarettes to the general public and these cigarettes have been resold on the black market. Legislator Trotta believes that as a result of these illegal sales, Suffolk County has lost hundreds of millions of dollars of lost sales tax revenues and MSA settlement monies.
Suffolk County has already initiated a legal proceeding to recover lost sales tax revenues as a result of Indian reservations’ cigarettes sales. Legislator Trotta’s legislation would require the County Attorney to study the feasibility of bringing any legal actions against cigarette manufacturers to recover monies it would have received under the MSA but for the wrongful sale of massive quantities of cigarettes to smoke shops on Indian reservations. The report would be due in 60 days after the legislation has been passed and signed into law.
Legislator John Kennedy, Jr., Minority Leader, said, “I applaud Legislator Trotta for putting this measure forward, legitimate  businesses that look to put product in chain of commerce should pay their fair share of taxes. Clearly the cigarette industry has done anything but that.”
“This legislation is a step in the right direction to fiscally penalize the tobacco companies for selling huge amounts of cigarettes to Indian reservations resulting in substantial dollar loss to Suffolk County,” said Legislator Tom Barraga.
Legislator Tom Cilmi pointed out, “If cigarette companies, knowingly or otherwise, sold product on Indian reservations which was then resold off the reservation, millions of dollars of sales tax as well as MSA settlement money may be due to Suffolk County. We would urge the Suffolk County Attorney to leave no stone unturned in getting to the bottom of this matter.”
“I support this legislator wholeheartedly and congratulate Legislator Trotta for using his investigative experience with the Police Department and the FBI to identify this possible source of revenue. It is this type of innovative thinking that will be needed to get Suffolk County back on a firm fiscal footing,” said Legislator Kevin McCaffrey.
This legislation, IR 1249, has been assigned to the Ways and Means Committee, which is meeting Thursday, March 13, at 12:30 pm at the William Rogers Legislature Building, Rose Caracappa Auditorium 725 Veterans Memorial Highway, Hauppauge.