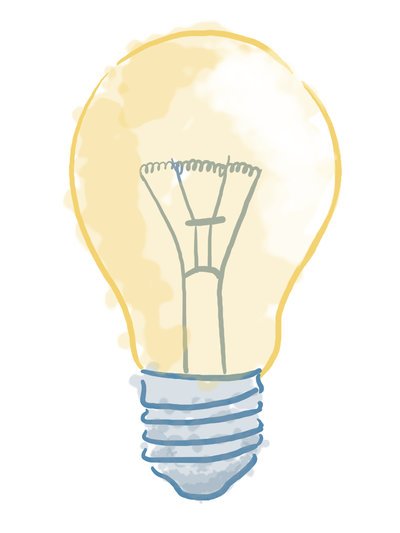 Albany, NY July 23, 2014 - Governor Andrew M. Cuomo today announced that $3.3 million has been awarded to seven research teams to develop technologies that add resiliency and efficiency to New York State's electric grid. These “smart grid” technologies will use innovative methods to enhance grid performance, reduce the risk of power outages and lessen environmental impacts and energy consumption, all while reducing the cost of power delivery.

"As we continue to witness the impacts of extreme weather, it is more important than ever to invest in making our energy infrastructure stronger and smarter," said Governor Cuomo. "These projects will improve grid resiliency, strengthen utility performance and make the delivery of energy more efficient. By investing in these seven smart grids, we are further readying the State for the new reality of severe weather, and ensuring that the work we do today will mean fewer power outages and more deliberate energy consumption in the future."

The projects were awarded support from the New York State Energy Research and Development Authority's (NYSERDA) Electric Power Transmission and Distribution Smart Grid Program. A smart grid is a modernized electrical grid that uses technology to gather and act on information in an automated fashion to improve the efficiency, reliability, economics and sustainability of the production and distribution of electricity.

"These innovative approaches to smart grids are important steps forward in making our electric grid more efficient, reliable, resilient and clean,” said John B. Rhodes, President and CEO, NYSERDA. "They are also powerful examples of New York State's drive under Governor Cuomo’s leadership to transform the way electricity is valued, generated, distributed and consumed in New York State, and a key building block for the State's Reforming Energy Vision for the State's electric system."

Projects receiving a total of $3.3 million in support include:

Brookhaven National Laboratory, Long Island ($250,000) -- Using radar in real-time response for restoration of electric utility systems
Using a computer model, Brookhaven will join with Electrical Distribution Design, Orange and Rockland Utility and Central Hudson Gas & Electric to create a program that can enhance storm model predictions and the expected responses through the use of radar storm data. The result: greater preparation and quicker attention to damage at lower cost. Storm damage estimates on a localized basis would become possible, allowing better understanding of storm impacts on certain areas. This, in turn, could add to improved resiliency in areas more subject to localized storm damage.

Clarkson University, Potsdam ($381,000) -- Design of a resilient underground microgrid
NYSERDA is partnering with Clarkson University, National Grid, General Electric, SUNY Potsdam and other local businesses to plan and design a large microgrid system to generate electricity for a number of entities in the Village of Potsdam. The power system would supply electricity to Clarkson and SUNY Potsdam, along with Canton-Potsdam Hospital and National Grid's Potsdam Service Center. The region has been particularly susceptible to power outages due to winter storms and flooding, and the underground system would provide a localized source of power that would be more energy-efficient and resilient.

ClearGrid Innovations Inc., New York City ($100,000) -- Using computer vision to analyze pictures of electric distribution problems
Working with Con Edison, ClearGrid Innovations seeks to create a system of computer algorithms to recognize potential problems on the state electrical grid to improve response time. These include problems related to trees near lines, damage to poles and other infrastructure problems. The program will use 3-D imagery to create an algorithm to allow a quick comparison of normal and damaged lines. By using smart phone photos sent in by witnesses of damage, the utility will quickly be able to determine where immediate attention is needed, reducing delays and unnecessary visits for false alarms.

Con Edison, New York City ($2 million) -- Demonstrating gridlink: a non-synchronous microgrid solution
Con Edison will partner with Pareto Energy and GE to investigate the use of Pareto's GridLink technology to connect the Kings Plaza Shopping Mall in Brooklyn to Con Edison's electrical networks for the purpose of selling excess power into the distribution grid and providing a variety of support services. The exportation of power during grid outages would provide electricity to specific places in the community, such as to gas stations, supermarkets, hotels or other vital services. The mall, which is already set up to function as a place of refuge during emergencies, could also provide power to other places of refuge in the area for medical services, warming during a dangerous cold spell or cooling during a heat wave, and other community support.

Cornell University, Ithaca ($227,000) -- Advanced microgrid integration with distributed energy resources
Cornell University will study the potential of several innovative improvements to an existing campus microgrid. Sophisticated modeling will be used to explore ways to improve campus heating, cooling and electric generation by integrating smart building controls and adding on-site renewable energy sources and energy storage. The resulting configurations are expected to improve energy efficiency and reliability, demonstrating how distributed energy resources can be combined on a large campus. The system would be an integral part of Cornell's Climate Action Plan, which calls for university operations to be "climate neutral" by 2050.

Lockheed Martin Mission Systems Training, Owego ($300,000) -- Integrated aerial weather damage assessment system
Lockheed Martin of Owego seeks to develop and demonstrate a computer technology that combines aerial data with an analytics system to immediately locate power outages or line damage after a major storm. The technology would allow utilities to accurately assess damage, distribute resources to the right place and resume normal operations quickly and efficiently. If demonstrated successfully in New York, this program could be expanded to include other utility-based applications to further promote efficiency and resiliency. It could also help grow jobs in the company's Owego facility. This project will be tested in New York State Electric and Gas Company’s (NYSEG) territory in Brewster.

Rochester Institute of Technology ($78,000) -- micro-grid cooperation for improving economic and environmental cost and grid resilience
With microgrids growing increasingly popular among businesses, universities, hospitals and other large entities, the technology is a concern for local utilities -- the added on-site power could cause power quality issues that could affect end-users on the same line. RIT seeks to improve energy gridflexibility by increasing the allowable "microgrid density." RIT would develop controls for microgrids to effectively allow the cooperation between utilities and microgrids. For instance, it would take into account all power generated from distributed generation, energy storage, utilities and other sources without any power quality issues to customers.

With this latest initiative, New York’s role as a leader and first mover in shaping the future of energy remains firmly in place. By developing innovative market solutions, the State is delivering on Governor Cuomo’s commitment to transform the energy industry into a more resilient, clean, cost-effective and dynamic system. Working with State, citizen and industry stakeholders, the way of doing business in New York is moving to a more market-based, decentralized approach. This means preserving the environment, decreasing energy costs, and creating opportunities for economic growth for current and future generations of New Yorkers. In advancing these new energy systems and solutions, New Yorkers will have improved energy affordability and efficiency without sacrificing the ability to live in a cleaner, resilient and more sustainable environment.