Plans for a new attraction to come to Staten Island that would help rebuild its shoreline after Superstorm Sandy. 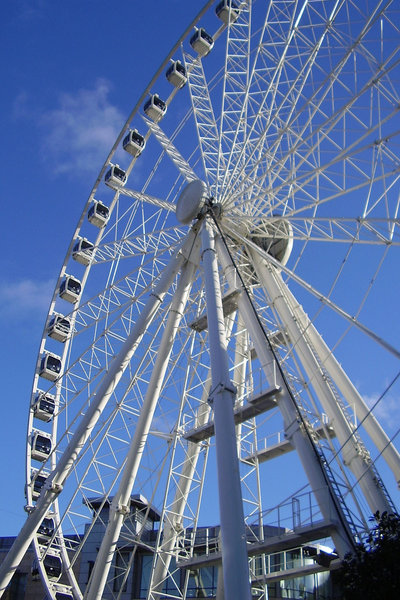 Staten Island was hard hit by Superstorm Sandy, but there are ambitious plans to rebuild. The developers of a nearly $500 million project have set their eyes on rebuilding Staten Island’s shoreline with an outlet mall, hotel and a Ferris wheel. The Ferris wheel is expected to become the world’s largest one.

The Ferris wheel will stand 625 feet tall and have 36 capsules to carry 40 people each. The current tallest Ferris wheel in the world is the Singapore Flyer at 541 feet. The project will also include a hotel and outlet mall with 350,000 square feet of retail space adjacent to the Richmond County Bank Ballpark.

This project is not a tax-payer-supported project. The developer, BFC Partners, is looking to secure a multimillion-dollar sponsor by April and has interest from a half-dozen companies already. The city would also gain $2.5 million a year in rent for two parking lots at the location.

There are critics of the plan. There are concerns that such a project comes too soon after Sandy and that setting it in part of a flood zone area is a bad idea. However, the developers are saying they are building smarter after the experience with Sandy – scrutinizing design.

The Ferris wheel’s developer Richard Marin of New York Wheel LLC says the Ferris wheel will be built to withstand a Force 3 Hurricane – sustaining winds up to 129 mph, which is stronger than that of Sandy’s. The project’s ground floors will also sit above flood level.  Marin also explained the buildings are being built to withstand flooding. The ground floor will include the use of marble and other materials that can withstand seawater. The electrical and mechanical equipment is also going 30 feet above sea level.

It is expected that there would be a groundbreaking of the Ferris wheel in 2014 and that it would be operational by the end of 2015. It will be an entirely new attraction offering a view of Manhattan and the Statue of Liberty.