Governor Andrew M. Cuomo has announced an agreement in principle with the U.S. Navy and Northrop Grumman to advance the Department of Environmental Conservation’s comprehensive plan to contain and clean up the groundwater plume 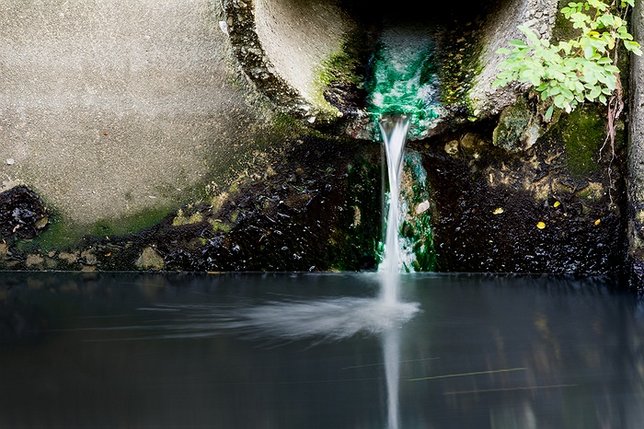 Governor Andrew M. Cuomo has announced an agreement in principle with the U.S. Navy and Northrop Grumman to advance the Department of Environmental Conservation’s comprehensive plan to contain and clean up the groundwater plume associated with the Northrop Grumman Bethpage Facility and Naval Weapons Industrial Reserve Plant sites in the town of Oyster Bay in Bethpage, Nassau County. Under the agreement, the U.S. Navy and Northrop Grumman will begin construction of a network of extraction wells to hydraulically contain and remediate the contaminated plume. In addition, Northrop Grumman agreed to a Natural Resource Damages settlement totaling $104.4 million that will be used to advance cleanup, water supply, and aquifer protection projects associated with the plume in this area. Long believed to be impossible, full containment of this groundwater plume will prevent the further spread of contamination to water supplies in neighboring communities and provide peace of mind to local residents.

“For decades one of the most critical and intractable problems for Long Island was the toxic contamination caused by the Grumman and Navy sites. With this settlement — the largest of its kind in state history — we’re making the polluters pay and remedy the environmental degradation they caused,” Governor Cuomo said. “The problem was talked about for years, and many were convinced a resolution would never come, but in New York we don’t back down in the fight against industrial pollution.”

The agreement, which is being finalized by legal teams representing New York State, the U.S. Navy, and Northrop Grumman, marks a significant milestone in negotiations between the parties to reach consensus on the methodology and resources required to implement and complete all phases of a comprehensive cleanup plan and to assess and determine associated financial responsibility.

Department of Environmental Conservation (DEC) Commissioner Basil Seggos said, “After extensive negotiations with the responsible parties and drawing from the Amended Record of Decision released last year, DEC has finalized a suite of actions that are being undertaken by the U.S. Navy and Northrop Grumman to contain this plume once and for all,. This historic achievement will result in the cleanup of the largest groundwater plume to ever threaten New York State’s environment and public health. The understanding reached with the polluters launch actions that will constitute one of the largest and most complex groundwater remediation projects in our nation’s history, and I applaud the work of our expert team of engineers and lawyers who crafted this monumental agreement.”

At Governor Cuomo’s direction, DEC selected the final plan, the Amended Record of Decision, or “AROD,” to contain the Navy-Grumman plume in December 2019. DEC then issued a formal demand to the responsible parties, initiating the legal process required to hold these entities responsible through the State Superfund program. Today’s announcement constitutes a significant step in the final cleanup of the plume.

The U.S. Navy will undertake actions to address the western half of the plume, while Northrop Grumman will take actions to address the eastern half of the plume. Specifically, the U.S. Navy will construct a network of hydraulic containment wells at the southern edge of the plume, including two pairs of extraction wells, along the Southern State Parkway. This crucial action is designed to halt the migration of the plume. The Navy will also continue to expand efforts to remove high concentrations of contaminants in the center of the groundwater plume, in areas detailed in DEC’s AROD.

In a separate agreement, Northrop Grumman will commit to performing multiple actions to contain the plume on its eastern edge, with enhanced contaminant removal in the central portion of the plume. Specifically, Northrop Grumman will design and drill containment wells in the east-central and southeast area of the plume to prevent further migration in that area and provide additional protection to nearby public water supply wells. Together, these actions and the Navy’s work in the interior and margins of the plume will achieve containment and expedite cleanup of the plume. Furthermore, all parties have agreed to carefully monitor containment and movement of the plume to ensure the continued effectiveness of the remedy and to make any adjustments, within the scope of the agreements, necessary to achieve the objectives of the cleanup plan.

In addition to actions that will be undertaken by the U.S. Navy and Northrop Grumman, New York State is pursuing additional potentially responsible parties to undertake needed cleanup efforts in areas that are not currently attributable to the U.S. Navy and Grumman. If DEC is unable to identify potential responsible parties to remediate these areas, New York State will undertake any necessary cleanup.

The agreement with Northrop Grumman will be memorialized in a Consent Decree. That document, which will be finalized by the New York State Attorney General’s Office, DEC, and Northrop Grumman, will memorialize the scope of Grumman’s remedial work, resolve reimbursement of State costs, and resolve Northrop Grumman’s liability for Natural Resource Damages (NRD).

NRD is a form of compensation for injuries to resources that the State manages for the benefit of the public. The past and future injuries to Long Island’s sole source aquifer from the Navy-Grumman Plume are significant, and Northrup Grumman has committed to substantial actions to resolve its NRD liability to the State. Totaling $104.4 million, these actions include $40.9 million for remedial work above and beyond what is necessary to resolve its remedial liability, $28.5 million in assistance for well protection and water supply projects for the Bethpage and South Farmingdale Water Districts, two of the water districts adversely impacted by the plume, and establishing an additional $35 million fund the State will use to advance remediation, water supply, and aquifer protection projects associated with the plume.

Northrop Grumman has also agreed to expedite certain work in advance of the Consent Decree. Grumman has submitted a work plan for pre-design investigations, including drilling profile borings and monitoring wells, to support the implementation of containment wells in the east-central portion of the plume. This work will begin in early 2021.

To expedite the design process, the Navy has submitted two work plans to support the installation of recovery wells at four locations along the leading edge of the plume, as well as a work plan to install two recovery wells in the plume’s interior. DEC has approved the work plan for drilling along the leading edge of the Navy-Grumman plume and expects to approve the other work plan in the coming days. Construction of these wells is expected to start in early 2021. Additionally, the Navy is concurrently seeking access from Nassau County and designing an interim groundwater extraction system utilizing an existing recovery well in the plume’s interior. This interim system will be operational by April 2021.

In addition to reviewing data from the responsible parties to monitor progress of the implementation of the AROD, DEC continues to partner with the U.S. Geological Survey on a groundwater flow modeling program to optimize the remedial design for hydraulically containing the plume and a State-directed contractor for updated configurations of the plume.

Senator Charles E. Schumer, who first called for this action over 12 years ago, said, “After many years of hard work, finally getting the Navy and Grumman to proactively remove toxic pollution before it contaminates more drinking water on Long Island is a very welcome course correction. For far too long, communities from Bethpage to Massapequa were left in the lurch as the plume metastasized, threatening more and more communities, while the Navy and Grumman failed to take aggressive action. I want to applaud New York State for its leadership, and local leaders and water districts for their relentless advocacy and partnership. I will continue to do everything in my power to ensure the Navy and Grumman fully contains the plume, compensates water districts, and addresses the litany of outstanding issues across Nassau County caused by their pollution.”

Congressman Tom Suozzi said, “This agreement with Northrop Grumman and the recent agreement with the Navy are dramatic steps forward in this 40-year nightmare. I commend Governor Cuomo, the DEC, Newsday, the environmental groups and the other elected officials who have joined forces to push this plan forward. My highest praise is reserved, however, for the Bethpage Water District, who has unfairly shouldered this burden for far too long but has never failed in its mission of delivering clean water to the community it serves.”

Senator Todd Kaminsky said, “Few things are more important than access to pristine water which is why this crucial investment is necessary to address aging infrastructure and emerging contaminants. This funding will bolster public health and quality-of-life, while protecting such a vital natural resource. I applaud Governor Cuomo for this initiative, building off of our State’s historic investments in clean water, and I look forward to working with localities to ensure they can tap into this funding.”

Senator Kevin Thomas said, “This is a landmark victory in the decades-long effort to clean up the Grumman Navy plume, without shifting the financial burden onto taxpayers. New York State DEC’s historic settlement will expedite cleanup efforts, protect our aquifers, and provide crucial funding to help our local water districts keep this process moving forward. I applaud Governor Cuomo and the DEC for their leadership in protecting our state’s precious drinking water resources for generations to come, and for delivering the cleanup Long Islanders deserve.”

Assemblyman John Mikulin said, “As a Bethpage resident and someone who advocated for the cleanup of the Northrop Grumman/Navy Plume, I am happy the first steps of the cleanup will begin and those responsible are contributing to the cleanup. I will continue to monitor the progress and advocate on behalf of my constituency.”

Assemblyman Michael Montesano said, “I am pleased that Long Islanders will see some justice in regard to the terrible pollution caused by the Northrup Grumman Plume. I thank the governor for forging this landmark $410 million settlement agreement between DEC and the US Navy and that Grumman will be expediting the cleanup of hydraulic contamination of our drinking water and the Great South Bay, along with creating needed jobs. Additionally, $104 million will be paid by Northrup Grumman for damages that were done to our community to offset the cost of cleaning up water wells and aquifers. This is a victory for our state and, most importantly, the residents in my district.”

Laura Curran, Nassau County Executive, said, “I thank Governor Cuomo for his leadership in this historic effort. This is a landmark agreement that deserves to be celebrated by every resident on Long Island. Nassau County will be working collaboratively with the federal and state government every step of the way to make sure these settlement funds are used to help provide clean and safe drinking water for all.”

Oyster Bay Town Supervisor Joseph Saladino said, “We’re thrilled to see this settlement come to fruition. Christmas comes early to the residents of the Town of Oyster Bay. I am so pleased that years of work and collaboration results in Bethpage, South Farmingdale and Massapequa breathing a sigh of relief that the environmental remediation will be done and that Governor Cuomo has forced Grumman and the Navy to pay for this cleanup. My administration will never stop advocating for the pro-environmental policies that began this process and led to this recent success.”

Governor Cuomo has made protecting New York’s drinking water a top priority, appropriating $3.5 billion in clean water. Because Long Island relies on its sole source aquifer, the region has been a focus of the Governor’s efforts, including more than $800 million in state and federal funds to repair and fortify the Bay Park wastewater treatment plant, in addition to diverting Bay Park sewage from the Western Bays to the Cedar Creek outfall, more than $10 million to restore shellfish once common to Long Island’s waters in order to improve water quality, and a $6 million Long Island Groundwater Study, among other efforts.