Is it true?  Is Duchess Kate Middleton really pregnant?  Buckingham Palace has confirmed that yes, she is finally expecting!  The 30-year-old was admitted to King Edward VII hospital today in Central London for Hyperemesis Gravidarum, an acute morning sickness.  She will be staying in the hospital for a couple of days since the 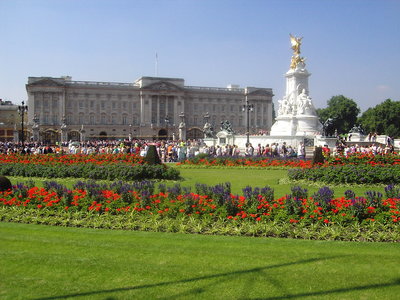 pregnancy is in its early stages.

This will be the first child for William and Kate, who are both ecstatic about the news, along with their families.  The royal couple wed last April after dating on and off for about 10 years.  The baby, whether it is boy or girl, will be third in line to the throne.

Britain’s antique rules of royal succession have changed, allowing a first-born female to succeed, even if she has younger brothers in the future.  It used to be that no matter what the birth order was boys always took precedence over girls.

The news didn’t come as much of a surprise, being everyone has waited for over a year with anticipation for the couple to bring a royal baby into the world.  Rumors were stirred up last November when Kate turned down a sample peanut butter paste.

It has been said that doctors advise pregnant women to stay away from peanuts to avoid allergies in their babies.  The same thing happened two months before at the couple's royal tour of South Asia and the South Pacific, where Kate did not drink any alcohol in public.  This caused reporters to assume she was with child.  She was not.

The little bundle of joy will be Queen Elizabeth II’s third great-grandchild and will be Prince Harry’s first niece or nephew.  He or she will not be prince or princess of Wales until their father, William and grandfather Charles both accede to the throne.

For more information on parenting visit our Family and Parenting page.