Between the Jets, Nets, and Knicks, only one loss was had for New York this week.

After a pitiful performance against the Seahawks last week, the Jets were able to put a notch in the win column for the first time in a month this Sunday.

Squaring off against the St. Louis Rams, New York forced three turnovers while not allowing a single one of their own. Mark Sanchez, the much beleaguered starting quarterback, went a competent 15/20 for 178 yards and a touchdown, while Tim Tebow lost a yard on his only attempt.

The Rams got off to an early 7-0 lead, but a field goal before the first quarter expired and 10 more points in the second swung momentum in Gang Green's favor. St. Louis would not recover.

Chaz Schilens caught 4 passes for 48 yards, including a 25 yard touchdown. Shonn Greene collected 64 yards on 18 carries; among the 42 yards on 11 carries Bilal Powell ran were his first two career TD’s.

A pair of Folk field goals rounded off the scoreboard for a 27-13 win. The victory puts the team at 4-6 in a three way tie for both second and last place in the AFC East. They will have an opportunity to make up some much needed ground against the 7-3 Patriots during Thanksgiving’s night game, thus preserving hopes for a possible (though doubtful) run at the playoffs.

The Giants had their bye this week, allowing Dallas to cut their lead atop the NFC East to just one game with a win over Cleveland. They will play the Green Bay Packers on Sunday night in a rematch of last year’s divisional playoff game.

Brooklyn Goes on a Hot Streak

Since falling to the Heat by 30 points the Nets have played with a fire beneath them, winning all five of their last games.

Trailing by 1 after the first quarter of Tuesday’s game against Cleveland, Brooklyn went 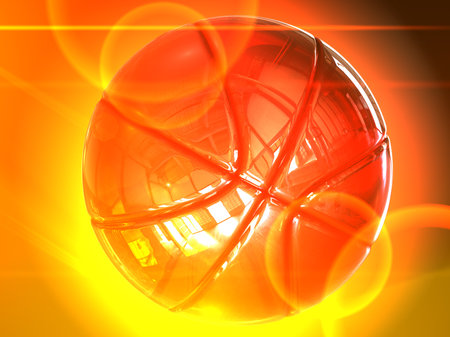 on a tear in the second, manhandling the Cavaliers by a score of 35-12. Though Cleveland retaliated with a 33-21 third, they could not carry the momentum through the final period and ultimately fell 114-101.

Brook Lopez, Joe Johnson, and Deron Williams all broke the 20 point barrier, with 7 rebounds for Lopez and 5 for Johnson. Johnson also had 6 assists while Williams put up 10.

The team’s second win in the past week came against a much more formidable Celtics team. Though they trailed coming into the fourth, the Nets held Boston under 20 points while scoring 28 of their own to win 102-97. Lopez and Williams both went for 24 points with Lopez snatching six rebounds and Williams making 8 assists. Only Pierce broke the 20 point barrier for the Celtics.

Brooklyn entered Sunday night’s game having won all four of their last games; their opponents, the Kings, came in having done just the opposite. Despite the contrasting streaks, the game was a hotly contested one: only one point separated the teams after the first quarter, Sacramento outscored the Nets 23-20 in the third, and both teams put together 25 in the fourth. It was a 33-22 second that proved the Kings’ undoing and kept both streaks going another night.

Though the Nets have not lost a game in over a week, the Knicks saw their undefeated record come to an end recently.

Orlando lead 80-79 halfway through the fourth period of Tuesday’s game, but the Knicks would only allow the Magic to score 9 more while they rallied for another 20 in a dominant conclusion to the game. Unsurprisingly, Carmelo Anthony was the star of the show—racking up 25 points and 8 rebounds—but Raymond Felton and JR Smith both contributed 21 points to the victory.

New York faced a stiffer challenge in the form of the Spurs on Thursday night. Despite 12 rebounds, Anthony only mustered 9 points this time around, which would most assuredly spell doom for the Knicks.

It didn’t. Once more, the team blazed through the second half of the final period, this time trouncing the Spurs on a 25-6 run after tlagging behind 89-77. Felton led the game with 25 points and 7 assists, helping the Knicks scrape to a 104-100 win in San Antonio.

It was not until Friday’s game against Memphis that the Knicks would suffer their inevitable first loss. Though they yet again outscored their opponents in the fourth quarter, it was not enough to surmount an 18-31 third. Anthony returned to form with 20 points and Felton assembled 18 of his own, but in the end they could not prevent the Grizzlies from taking the game and, consequently the best record in the NBA.

A subsequent Memphis loss, however, opened the gates for New York to reclaim that title in Sunday’s game against the Pacers. Anthony took charge, stringing together 26 points and 9 rebounds, while Felton put up 11 to compliment his 8 assists.

The Knicks outpaced Indiana in each of the first three periods, including a 20-12 second, and broke even in the fourth. With that 88-76 win, they move to 7-1 on the season and once more hold the best record in the NBA. They play the 3-5 Hornets tonight at 8 o’clock.

Are you a sports fan? Tell us what you think about New York's teams on the Long Island Sports Forum!