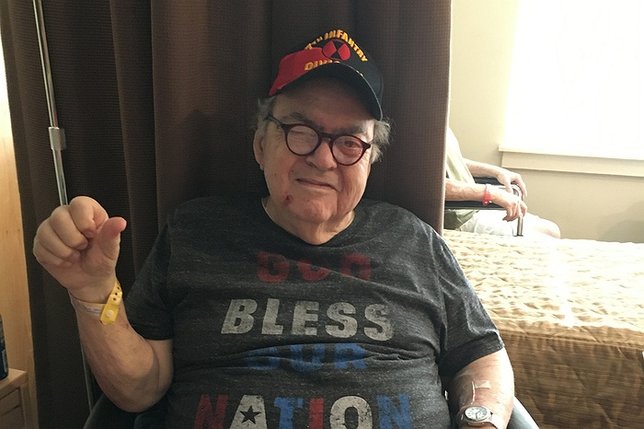 U.S. Army veteran Howard Hirschheimer served from 1959 to 1962, as a member of the medical core stationed in Korea. But in 1961 his unit was sent to Germany during the construction of the Berlin Wall. Howard now resides at Excel Rehabilitation and Nursing facility in Woodbury.

The Berlin Wall was built in 1961 to stop an exodus from the eastern, communist part of divided Germany to the west. Between 1949 and 1961 more than 2.6 million East Germans, out of a total population of 17 million, had escaped. The wall fell in 1989.

Hirschheimer describes this time as one of “high anxiety”, a period of the Cold War when he and his fellow service members were concerned that Russia would decide to cross the border from East Berlin to West Berlin. He was there for six months before he was discharged.

Howard met his wife, Norma, a few months after he returned to the U.S., and they were married the following year. He worked as an aircraft engineer for multiple companies. He says he is proudest of the work he did assisting in the development of the Boeing 747. He also served analyzing the remains of helicopters shot down during the Vietnam War in order to improve their design.

Later on, Howard worked as an engineer for heating and ventilation companies, as well as working in carpentry, home repairs, and even radio dispatch for a taxi company. He always liked working with his hands the most, until he says he felt “burnt out” and had to retire. He praises the V.A. for their assistance with his medical needs since that time. Howard has now been married to his Norma for 56 years. They have two children and two grandchildren. He is from Washington Heights in New York City.