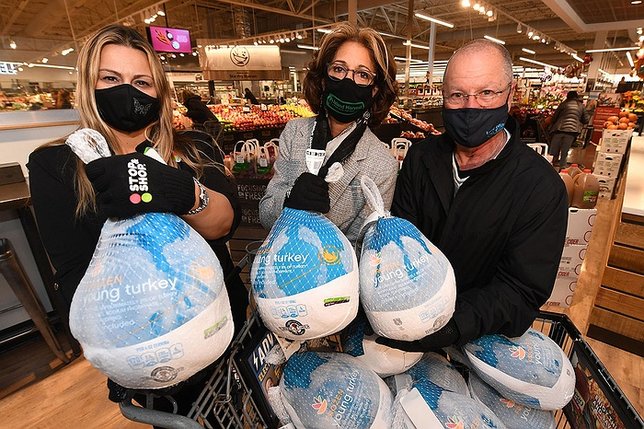 The two Long Island food banks issued a report on the increased rate of food insecurity on Long Island since the start of the pandemic in March.

About Stop & Shop
A neighborhood grocer for more than 100 years, today’s Stop & Shop is refreshed, reenergized and inspired, delivering new conveniences for customers. Committed to helping its communities enjoy better food and better lives, Stop & Shop has a longstanding history of giving back to the neighborhoods it serves with a focus on fighting hunger and pediatric cancer care and research. The Stop & Shop Supermarket Company LLC is an Ahold Delhaize USA Company and employs nearly 60,000 associates and operates over 400 stores throughout Massachusetts, Connecticut, Rhode Island, New York and New Jersey. To learn more about Stop & Shop, visit stopandshop.com.