Excess food that would have ended up in the trash goes to help Long Islanders in need. 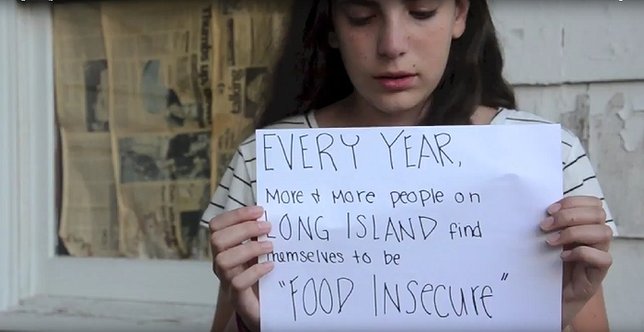 The donation is part of Island Harvest Food Bank’s surplus-food-recovery program, which picks up and distributes prepared food from local food establishments such as convenience stores, country clubs, catering facilities, pizzerias, hotels, restaurants, and others.

Farmingdale, NY - September 2, 2016 - The PGA TOUR’s prestigious The Barclays, which recently concluded on the Black Course at Bethpage State Park, donated 5,529 pounds of food to Island Harvest Food Bank to help Long Islanders at risk of hunger. The food, which included an assortment of meats, cheeses, vegetables, salads, beverages, and other products, went unused and would have ended up as waste. Instead, the food will be distributed among some of Island Harvest Food Bank’s network of agencies that serve approximately 316,000 men women and children in Nassau and Suffolk counties identified as food insecure.

The donation is part of Island Harvest Food Bank’s surplus-food-recovery program, which picks up and distributes prepared food from local food establishments such as convenience stores, country clubs, catering facilities, pizzerias, hotels, restaurants, and others.  In 2015 Island Harvest Food Bank collected and distributed 279,264 pounds of food through this program that would have otherwise ended up in landfills.

“We appreciate the thoughtfulness of The Barclay’s in helping us get food to people who need it, while at the same time reduce the amount of food that goes to waste,” said Randi Shubin Dresner, president and CEO, Island Harvest Food Bank. “The Barclay’s not only helped people in need but helped the environment by lessening the amount of food that would have been sent to a local landfill.”

The United States Department of Agriculture (USDA) estimates that approximately 30–40 percent of food in the United States goes to waste each year. Much of that food ends up in landfills when it could have helped families in need. According to the USDA, wasted food is the largest component of trash entering municipal landfills.