Catch some of the latest theater performances, musical performances and other local happenings here! 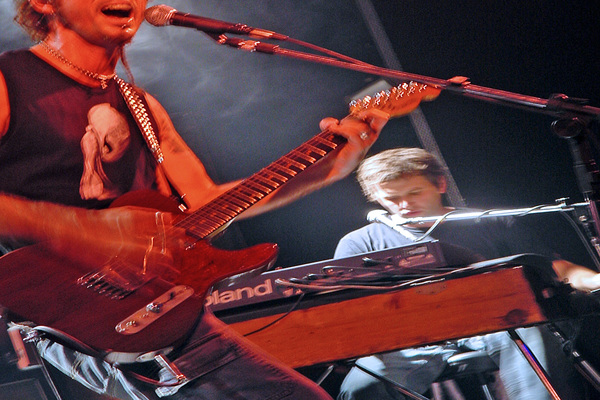 Catch some of the latest theater performances, musical performances and other local happenings here! On Monday, head over to Parrish Art Museum for its open house event for its new exhibition space and enjoy a bingo and buffet fundraiser that goes towards helping animals in need. On Tuesday, head over to Ben’s Kosher Delicatessen Restaurant & Caterers to catch former New York Mets shortstop Ben Harrelson for an autograph signing event as Ben’s celebrates the 40th year of its first restaurant opening. The Winner’s Circle was also scheduled to host a dance party, however, that has been postponed to November 27. On Wednesday, you can enjoy a ballet performance of Pocahontas during the day and a musical performance with Andy Grammer at night. On Thursday, you have the choice of RagTime – The Musical and a performance by Olivia Newton-John. Check out the details below!

Who: Rockin’ Robin’s Dance Party – (UPDATE: Rescheduled to November 27)
Info: Enjoy a night of dancing to many styles, including ballroom, hustle, West coast swing, salsa and cha cha. DJs Louis Del Prete and John “El Gringo Latino” will be on hand.
Cost: $10 Admission
Time & Place: 7PM to 8PM with Ballroom Music and 8PM to 12AM with Hustle and Latin Dancing at Winner’s Circle, 39 Post Avenue, Westbury – (516) 997-4050

Who: Pocahontas Performance at Ballet Long Island
Info: Enjoy a ballet performance of the story Pocahontas. It’s a story of a young lady saving the life of an English captain after he was taken prisoner by her father’s men. It will only have one other day of showing on November 17.
Cost: $16
Time & Place: 11AM and 12:15PM at Ballet Long Island, 1863 Pond Road, Ronkonkoma – (631) 737-1964

Who: Andy Grammer At The Paramount
Info: Enjoy a musical performance with Andy Grammer. Grammer offers a vibrant pop, rock, soul mix and free-flowing vocal as an acclaimed singer, songwriter and musician. He’s out with his latest follow-up single “Fine By Me.” The show is presented by WALK-FM.
Cost: $27.25 to $62.75
Time & Place: 7PM Doors Open, 8PM Show at The Paramount, 370 New York Avenue, Huntington – (631) 673-7300

Who: RagTime – The Musical at Dix Hills Performing Arts Center
Info: RagTime – The Musical was originally adapted from a 1975 novel. It is a 12-time Tony nominated musical from its time on Broadway. It’s a classic story of American culture, American spirit and the struggles of living it.
Cost: $18 Admission ($15 for Seniors and Students)
Time & Place: 7:30PM at Dix Hills Performing Arts Center, 305 North Service Road, Dix Hills – (631) 656-2148

Who: Olivia Newton-John At The Paramount
Info: Olivia Newton-John’s career spans over four decades. Many may know of her from co-starring with John Travolta in Grease. She’s also been honored by the Academy Of Country Music as Most Promising Female Vocalist. Some of her greatest hits include the duet “You’re The One That I Want,” “Summer Nights” and “Hopelessly Devoted To You.” Enjoy her on tour performance as she continues to remain as a timeless artist!
Cost: $52.75 to $116.25
Time & Place: 8PM at The Paramount, 370 New York Avenue, Huntington – (631) 673-7300