Secretary of State Hillary Clinton, as head of the State Department, has claimed responsibility for the Sept. 11 terror attacks at the U.S. consulate in Benghazi. 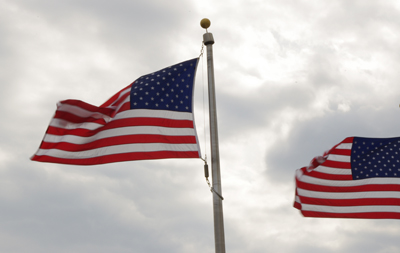 In an interview with CNN on Monday, Secretary of State Hillary Clinton took full responsibility for the attacks at the U.S. Consulate in Benghazi, Libya, saying she is “in charge of the State Department’s 60,000-plus people all over the world.”  An investigation is now underway to determine what sparked the attack that killed Ambassador Chris Stevens, Sean Smith, a State Department Computer Expert, and two security contractors, Tyrone Woods and Glen Doherty on Sept. 11.

Clinton, speaking in Peru, told CNN that neither the president or vice president would have specific knowledge on the decisions made by security professionals, who analyze threats and the needs of the department.
The Obama administration initially blamed the attack on a U.S.-produced movie that depicted the Prophet Mohammed mockingly, before labeling it as a terrorist attack.
Clinton made her remarks on Benghazi a day before the second presidential debate.  Obama has been taking a lot heat on the issue, and his opponent, Gov. Romney has used the attack to his advantage in recent campaigning.  Sen. John McCain, in a shared statement with two other Republicans on the Senate Armed Forces Committee  lauded Clinton’s gesture while claiming the White House was “trying to avoid any responsibility whatsoever.”
In last week’s debate, Vice President Joe biden denied having any knowledge of requests for increased security at the Benghazi outpost, and later, White House officials said such requests were handled by the State Department.
Clinton spoke of the ordeal in dealing with the attack, as well as the desperate search for Ambassador Stevens and those with him.  She also emphasized the need to keep diplomats actively engaged around the world, even within dangerous areas.
Share your thoughts on this article by posting your comment below or visiting our Long Island Living discussion forum.