Huawei and ZTE, two Chinese telecommunication giants, are put under heavy fire by a recent report.

The US has had a love-hate relationship with China for almost as long as it has had normalized relations with the self-proclaimed People’s Republic. We consume their cheaply-made goods en masse and in the same turn condemn their poor working conditions and lack of quality control. We borrow money from the Chinese government in order to finance the operation of our own—consistently berating ourselves for accepting the loans, but rarely lifting a finger to alter the status quo. 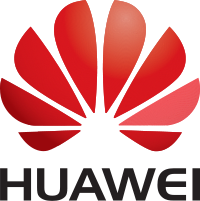 It is a step outside the ordinary then (and, in equal stride, entirely unsurprising) for this Investigative Report on the U.S. National Security Issues Posed by Chinese Telecommunications Companies Huawei and ZTE from The House Permanent Select Committee on Intelligence to openly and vehemently reprimand two of the world’s largest telecommunications groups for their ties to the Chinese Communist Party. The Committee does not mince words, stating that Huawei and ZTE were uncooperative and evasive, failed to alleviate concerns the companies are both financed and influenced by their homeland’s government, and that the testimony provided by both was not credible.

As makers of both communications devices (such as smartphones) and networks, the two companies have ample opportunity to eavesdrop on anyone making use of their products. Neither company was willing to clarify its relationship with the PRC or provide evidence of its research and development activities. This exemption was a particular sticking point for concerns the two are non-compliant with US intellectual property rights and may have ties to Chinese government and/or military programs. Huawei was even unable to specify what its business relationship with Iran consists of or how it has complied with US sanctions against the country.

Due to the uncooperativeness of both Huawei and ZTE during the investigation, the Committee has recommended Chinese telecommunications companies be closely

monitored by the US Intelligence Community. Private-sector firms such as network providers are advised to do business with other manufacturers for any projects Chinese companies might otherwise be considered, while it is recommended that ZTE and Huawei be banned outright from building government systems (especially those pertinent to sensitive information) or the construction of communication infrastructures. The report states neither company can “be trusted to be free of foreign state influence and thus pose a security threat to the United States and to our systems.”

It is further suggested that another investigation, focusing on the unfair business practices of Chinese telecommunications corporations, be launched, and that such enterprises engage in further transparency should they wish to continue operating in the US.

Are you concerned by the potential risks of ZTE and Huawei’s continued presence in the US? Do you own a phone produced by either company? Tell us about it below or leave a message on the Long Island Lounge.