Long Island’s most creepiest and prolific haunts to check out.

Print Email
Ray Parker Jr. sang it best, "Who ya gonna call, Ghostbusters?"  Well, if you prefer to actually see the ghosts...Long Island is home to many reportedly haunted locations. The Long Island Paranormal Investigators are real and celebrating their 9th year of service. 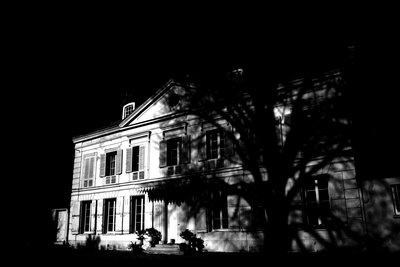 They are dedicated to helping people understand and cope with paranormal activity by utilizing objective scientific methods and research.  There is no charge for their ghost investigation services, if you think that you are experiencing paranormal activity in your home or business.
With the rich history of our Island, it is filled with folklore, myths and urban legends. From ancient Native American burial grounds to remnants of the Revolutionary War to Gatsby-era mansion estates, Long Island is hallowed ground—the stage for countless triumphs and tragedies throughout the centuries. It’s no wonder some tales have thrived just as long—along with past inhabitants.
Do you believe stories like these, or do you think they're just urban legends? Whether you get chills up and down your spine when you hear about ghostly visitations, or  you use your GPS to find them.  Here is a list of supposedly haunted places on Long Island.

Do you know of other haunted places?  Let us know at Long Island.com Forum!