Senators Charles Schumer and Kirsten Gillibrand have announced a plan to fund the desperately needed dredging of the Fire Island Inlet and replenishment of eroded beaches on Fire Island.

Fire Island Inlet now has a dangerously low depth ranging from one to four feet.  Senators Charles Schumer and Kirsten Gillibrand are calling for FEMA and the Army Corps of Engineers to jump start a Fire Island dredging project to repair the waterway and renourish the beach at Robert Moses. 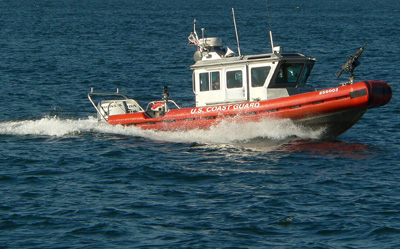 The Senators asked FEMA Administrator Craig Fugate and Acting Chief of Engineers Major General Meredith W.B. Temple to combine approximately $23 million dollars in overdue replenishment projects for Fire Island beaches with federal funding for Corps “operating and maintenance.”  The federal funding comes from a new appropriations bill, and if approved the Senators will be able to combine it with $7 million already designated for replenishment though the New York Works fund, making a total of $30 million to complete the project.
The beach at Robert Moses State Park has a serious erosion problem.  Thousands of cubic feet of sand has been dumped on the shore as a replenishment measure in the past two years, especially following destructive weather patterns, like Tropical Storm Irene.
The New York State Office of Emergency Management has submitted 15 applications to FEMA requesting a total of $20.7 million to pay for replenishment projects at Fire Island’s severely eroded beaches. The Senators used the Moriches Inlet/Cupsogue Beach project as a model for inter-agency cooperation for their plan, which has FEMA and the State of New York funding the Corps.
Senators Schumer and Gillibrand have argued that the Fire Island Inlet dredging should be one of FEMA’s top priorities, and noted several consequences of not repairing the shoals.  The inlet serves to mitigate coastal flooding during major storms, and the U.S. Coast Guard uses the inlet as a means to patrol.  Commercial and recreational boaters have been warned against using the inlet in its current condition.
“Working with local and state entities, I expect our federal agencies to work together and pool their resources to fix big problems like this so the channel remains open for first responders, fishermen and family boaters,” Schumer said.
“With severely low water depths at Fire Island Inlet affecting the safety of thousands of Long Island boaters, it is clear that the inlet is in need of dredging, ” said Senator Gillibrand. “We must immediately pool federal and local resources to fix this urgent problem before the situation worsens.”
Share your thoughts on this article by posting a comment below or visiting our Long Island Living discussion forum.