A Look Into the Cauldron: The Story Behind Halloween Symbols and Folklore

Black cats, ghosts, and witches, oh my! Why do we fear these creatures, and why are they related to Halloween? 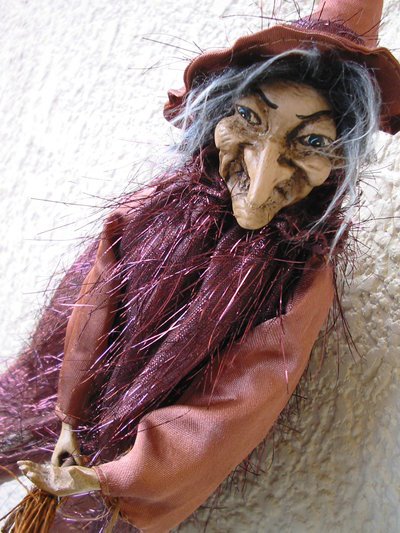 Halloween is a holiday steeped in cultural influences from around the world, all of which focusing on the idea that the ghosts of the dead return to Earth.  The first holiday that appeared in history to be like our Halloween, which was observed around the same time, is Samhain, the largest Celtic holiday in which the Celts believe that the dead came back to mingle with the living.  At this time, people were expected to leave gifts for the souls of the dead, such as fruits and vegetables. Large bonfires were also lit to help guide the ghosts of the dead on their way – and to keep them away from the living, as the ghosts were not necessarily viewed as benevolent.

As the years went on, people began dressing up as dreadful creatures and took the gifts left out for the dead, but it evolved into a form of entertainment, where the people in costume would perform antics for food, and so evolved our modern day trick-or-treating. Now, Halloween is a huge holiday with plenty of parties, haunted houses, and quirky events. There are many symbols involved with this night that is now known for entertainment and harmless fun – check out these tidbits on how certain symbols came to be!

Ghosts
Ghosts are seen everywhere on Halloween because of Samhain, but these ghosts are not the friendly kind.  Ghosts are meant to be scary on Halloween because the ones that roam the earth were the souls of those who did not get into heaven.  On that night, the souls of those that had died violently, unwillingly, or by trickery prowl the earth, and they were considered to be highly dangerous.

Jack-o’-Lanterns
The practice of carving faces into pumpkins comes from an Irish folktale about a man named Stingy Jack a evil man who was condemned to roam the earth after he died.  People carved hideous faces into turnips and potatoes and left them out on All Hallow’s Eve to scare away evil spirits, including Stingy Jack.  When the Irish immigrated to America in droves, they brought the story with them, and since America was home of the pumpkin, they adapted the story to their new homeland.

Witches
The fear of witches evolved out of the witch hunts that took place between the 15th and 18th centuries.  Christian officials feared black magic, and would often blame witches for events that seemed unaccountable.  Birth marks were considered a mark of the devil, and this has been magnified to the modern day wart seen on witches’ noses in drawings and in costumes.  The logic was that since evil was ugly, evil people would be ugly, and so the image of witches that we have today is not a pretty one.  Similarly, there was another ugly old woman known as the crone who was a Pagan goddess who was all-knowing and helped souls through their rites of passage.

Black Cats
In Ancient Egypt, black cats were highly regarded, and it was a crime to kill one, but somehow they lost this regard over time and sunk to the level of superstition.  People believed that it as bad luck for a black cat to cross your path, and they became associated with witches, leading people to believe that they were evil and that the cats were involved in black magic.

Bats
Bats were also believed to be in cahoots with witches, and their dark coloring and nocturnal habits only furthered this mysterious reputation.  Some species of bat do suck blood from livestock, which ups the scary factor.  It was also once believed that if a bat was spotted flying over a person’s house three times, it meant that a person in that house would soon die.

Cauldrons
The Pagans believed that when a person died, their soul went into the crone’s cauldron, which symbolized the goddess’ womb.  As the crone stirred the pot, new souls would enter, and old souls would be reborn. With the rising fear of magic associated with Paganism, the cauldron soon became negatively associated with witches, and today it is assumed to be full of dangerous brews and potions.