Moviegoers were out and about this weekend with new releases 'The Maze Runner,' 'A Walk Among the Tombstones' and 'This is Where I Leave You.' Revenue at the weekend box office was up more than ... 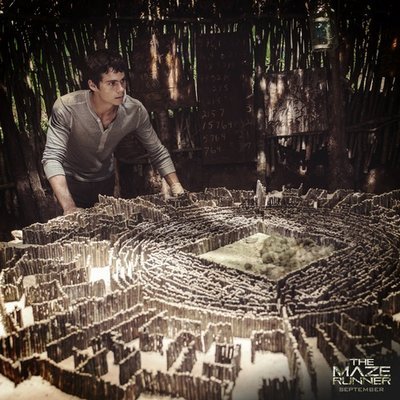 This weekend ‘The Maze Runner’ helped break the silence at movie box office.  The domestic box office saw revenue for the weekend go up more than 25 percent over the same weekend last year.

‘The Maze Runner,’ starring Dylan O’Brien (from Teen Wolf), Thomas Brodie-Sangster, Kaya Scodelario and Will Poulter, pulled in $32.5 million. It makes one of the biggest September debuts ever. It has an established fanbase with the book series by author James Dashner. The young-adult franchise film tells the story of O’Brien waking up with no memory and inside the center of a maze with other teen boys around him. Together, they look for a way out as vicious creatures known as Grievers threaten them.

News is out that a sequel, ‘Maze Runner: Scorch Trials’ will be out in September of next year.

In third place at the weekend box office is ‘This is Where I Leave You.’ The dramedy took in $11.9 million and stars Jason Bateman, Tina Fey, Adam Driver, Rose Byrne and Jane Fonda. It follows four siblings who reunite at the family home after the passing of their father.

If this weekend’s numbers are any indication of what to expect at the box office this fall, things should be looking good.

For those looking for a thriller:

For those looking for an animated family film:

Photo by Creator:H2226, via Wikimedia Commons from the Open Clip Art Library.