The 9/11 memorial event at Ground Zero will display a different tone, absent of political speakers.

Print Email
The goal for One World Trade Center is an ultimate height of 1,776 feet, exceeding even the needle of the Empire State Building.   Eleven years since the partially successful Al Qaeda  plot to hijack and fly two fully fueled planes into the original Twin Towers, new construction at Ground Zero can be seen from every edge of the city.  On the eleventh anniversary of our nation’s most tragic and lethal terrorist attack, One World Trade Center is just 408 feet short of its goal. 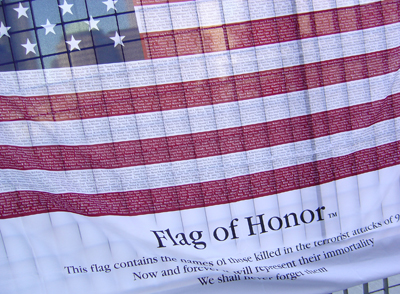 Originally the site was expected to be completed between 2007 and 2008, according to a timeline developed by former Gov. George Pataki in 2003. Various political mires, financing and revisioning of the site added years to the original estimate.  Last year, on the 10th anniversary of the attack, the 9/11 memorial was opened to the public, displaying inscriptions of the victims.  Already 4.5 million visitors have come the the site to pay respects to the fallen.
A dispute between the Port Authority and the National 9/11 Memorial & Museum was finally settled on Monday by New York City Mayor Michael Bloomberg and Gov. Andrew Cuomo to develop funding to finish the $700 million project.  Acting as board chairman of the memorial and museum, Bloomberg announced in July that unlike in the past, this year politicians will not be speaking at the commemoration, a move that is expected to highlight the personal loss of the tragic event.
President Obama and the first lady will attend the memorial at the Pentagon, and follow with a visit of wounded warriors at Walter Reed Army Medical Center.  Vice President Joe Biden, along with Secretary of the Interior Ken Salazar will be speaking at the Flight 93 Memorial outside of Shanksville, Pennsylvania, the site where the United Airlines plane crashed after passengers rallied against the hijackers.
The National 9/11 Memorial & Museum website offers streaming of the various commemorative events taking place throughout the country, and various other tools and resources for observing the anniversary.
Share your 9/11 story by posting a comment below or visiting our Long Island Living discussion forum.