Hurricane Issac is on track to test the flood prevention system designed after the devastation wreaked by Katrina.

Right in the heart of hurricane season, on Tuesday afternoon, Tropical Storm Issac strengthened into a hurricane and touched down around 6:45 p.m. in southeast Louisiana.  Maximum sustained winds have reached 80 miles per hour, already ripping the roofs off homes across the Gulf Coast.  High winds, thunderstorms and torrential rainfall now threaten the region as the storm slowly moves to the northeast. 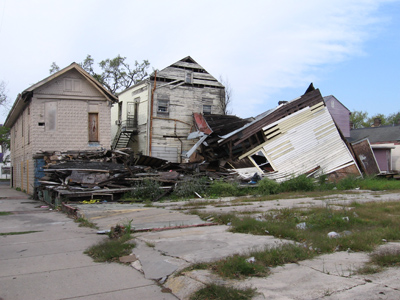 Issac nearly made landfall on the seven-year anniversary of Katrina which devastated the region for months afterward.  The forecast includes storm surges of 9 feet, which will test the effectiveness of the flood control system built after Katrina.  The walls were built to reduce the risk associated with a 100-year storm surge.
In an effort to protect Katrina’s hardest hit areas, the U.S. Army Corps of Engineers made a historic move to close the barge gate at the Inner Harbor Navigation Canal-Lake Borgne Surge Barrier and the Seabrook Floodgate Complex.  These two structures work together to hold back the surging coastal flood waters.
Louisiana Governor Bobby Jindal called in 4,126 National Guard personnel to assist with evacuation and response.  Another 35,000 National Guard members are available from surrounding states.
Currently, 274,058 electric customers are without power, including the metropolitan areas of New Orleans.  Entergy New Orleans, the regions main power supplier, follows a restoration plan that provides energy to hospitals, fire and police stations, water and sanitation and transportation facilities before residential areas.
93 percent of daily offshore oil and gas rigs in the Gulf of Mexico have been temporarily shut down, according to reports obtained by the U.S. Bureau of Safety and Environmental Enforcement.
Updates:
A couple was found dead in their home in a heavily flooded area of Louisiana.  Reports indicate that New Orleans has so far been spared of Issac's worst.
Officials with the Mississippi Emergency Management Agency intentionally caused a levee breach to reduce pressure on a dam that was in danger of flooding.  Mandatory evacuations are continuing through Louisana as Issac moves inland.
Share your thoughts on this article by posting your comment below or visiting our Long Island Living discussion forum.