Suffolk County Police Marine Bureau officers rescued a man who was stranded on a raft in Narrow Bay on Sunday, August 23. 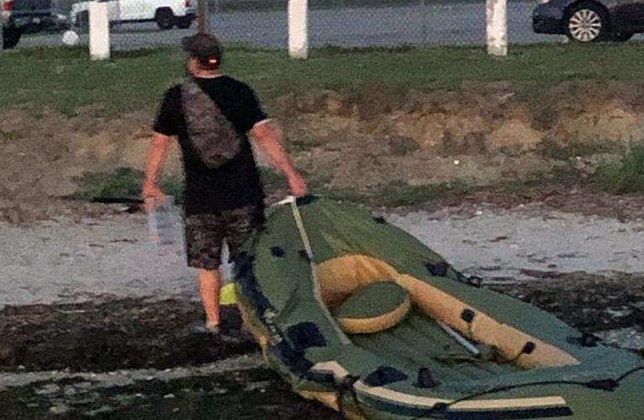 Marine Bureau officers received a 911 call reporting a man yelling for help in the marsh on the north side of Narrow Bay just after 3 a.m. A Suffolk County Police Department helicopter located a 10-foot inflatable raft with Coram man Brian Bishop onboard struggling to reach shore at approximately 3:50 a.m. It is believed the man was in the raft for approximately eight hours. Officers John Mullins and Dale Kelly pulled the man aboard a Marine Bureau vessel and began a search for another man who had also been on the raft.

Bishop, 35, and a friend had launched the raft from Smith Point County Park in Shirley earlier in the night, more than two miles from where Bishop was found. The friend had jumped out of the boat and swam to shore. After a brief search, the man was located, unharmed, on shore.

Seventh Precinct officers and the United States Coast Guard assisted in the search.