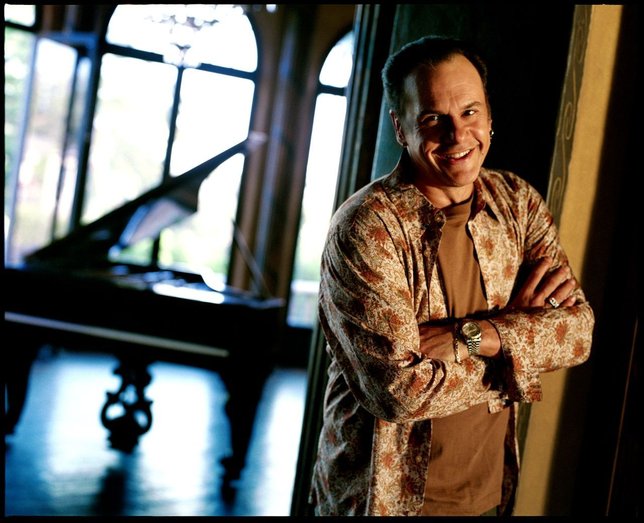 KC and the Sunshine Band will be returning to Long Island for a free concert in the park at the Harry Chapin Lakeside Theatre on August 23rd, where they’re certain to enthrall the audience with performances of their classic hits. The event, presented by CBS FM, is the highlight of an ongoing series of free summer concerts in Nassau County

KC and the Sunshine Band have held a massive presence in the genres of R&B, Funk, Disco, and Pop since their inception in 1973. The band enjoyed rampant success in the 1970s—putting out two platinum albums as well as two triple-platinum records and winning multiple Grammy Awards along the way—and delight fans around the world as they continue to tour to this day.

With numerous chart-topping singles to their name, the band’s music continues to inspire new generations of fans and appear in a wide variety of media, including popular TV Shows and movies. LongIsland.com sat down to speak with Harry Wayne “KC” Casey, the band’s eponymous leader, vocalist, pianist, and songwriter, prior to their August 23 show in East Meadow.

LongIsland.com: Your music has been featured in TV shows, commercials, movies, sports venues, and even video games. There’s scarcely a medium that hasn’t been affected by KC and the Sunshine Band, and that trend is as true today as when the songs were recorded nearly 40 years ago. How do you feel about the influence and longevity that your music has had?

Harry Wayne Casey: Well I mean I feel a little vindicated. You know the critics have tried to dismiss my music over the last 40 years constantly, so I feel like I won.”

LI: When you first formed the band in 1973 did you have any ambitions for what you wanted to accomplish, or think it would last so long and be so influential?

KC: We never look at what the longevity of anything is going to be. We’re recording for the moment… I never did write a song thinking “I want this to last for a million years.” Historically records come out, they’re huge hits, and then they go to the Oldies stations, but my music has kinda stood the time more than just being regulated to an Oldies station. Like you said it’s been in TV, commercials, and movies and still to this day some the sounds are the main influence on a lot of records that are out there today.

Were the songs created to have the image that they have? Yes, absolutely. I mean when I was writing those songs I felt that music had gotten really dark at the time—we were going through the oil crisis, the end of the war—and I always loved more up-tempo stuff than ballady stuff. So I wanted to just create something, an album, that was all up-tempo, mid-to-up-tempo type music, and that’s what I set out to do.

LI: Well it certainly worked, and people are still listening to your music today. You’ve of course had a massive influence on Disco, R&B, and Pop music as a whole. Are there any younger acts that you look at and see a direct influence from your own songs?

I still to this day can hear certain sounds and things from my records, especially since a lot of artists have done sampling. I hear my music sampled all the time, and then I hear other people copying that rhythm to put in a record, so it’s the sample and then somebody actually creating a drumbeat or whatever from that sample, so I still hear my sound and our rhythms and our beats in music today. I guess the answer is we all influence each other.

LI: You’ve collaborated with a number of artists in the past; if you could do a collaboration with any other artist right now who would you like it to be?

KC: Oh boy, I don’t know… Adam Levine would be fun to collaborate with. I don’t know, anybody really, it would be fun to share the studio with practically everyone out there, actually. I mean Dianna Ross was my idol, so I would love to have done something with Dianna Ross for sure. It would have been fun to do something with Aretha Franklin, James Brown would have been fun—he was a good friend of mine.

LI: The band was very active in the studio during the 70s and early 80s, releasing ten albums in as many years and going platinum several times, but that pace has slowed in recent years with 2007’s Yummy being the most recent studio effort. Are there plans for another new studio album in the works?

KC: Well Yummy was… I started putting stuff out on my website that was kinda stuff I had in the can, and I thought “let me put it out now while I’m still alive rather than like when I’m dead and gone this stuff starts coming out.”

So 2012 I went back into the studio, so the last year-and-a-half I’ve been working really hard at a brand new album. It’s almost 24 original songs and then 17 songs from the 60s; it should be coming out in the fall.

LI: That’s great news for all of the fans and a lot of material to look forward too.

KC: Yeah, it’s huge. It is a lot of material; I hope it’s not overload.

LI: Is this going to be a triple album?

KC: Well if you download it, it would definitely end up being a triple album, but it’s basically set to be a two disc set. It was supposed to come out in June, but there was a problem signing the record deal and then I finally did it, so I’m assuming that it’s going to come out within the next few months or so.

LI: So the studio pace has picked back up a fair bit, and you’ve still maintained a very busy touring schedule both in the US and abroad. Do you have a favorite venue you to visit or city like to play?

KC: I like everywhere that I perform. I mean there’s certain areas... I love coming down to Mississippi and Louisiana—it’s party town so you know those are really fun cities.

LI: Well with KC there it’s always going to be a party, right?

LI: While you’re on tour you have a very robust catalogue of songs to pull from; before going out on stage how do you choose which ones to perform?

KC: Right now I try to keep everything familiar and play basically the major hits. I’ve had other songs in the show before and it just seems like it’s a strain sometimes on the audience so I pulled them back out. I try to keep with the hits; I’d rather do some cover versions of some other songs from the 70s that are more familiar to the majority of the audience than doing some obscure stuff that might not be recognized by 90% of the audience, or 50% or whatever.

I think we still have a lot of new people coming who have never seen or heard of us other than That’s the Way (I Like It) or Get Down Tonight, so to pull obscure cuts off the album that I might like and enjoy…it’s a little stressful, and I’ve done it before. I don’t know, I just felt like the reaction wasn’t what I wanted from it, so I’ve pulled them out.

LI: It sounds like you’ve gotten a good reaction from the covers then. Did the audience’s response have any influence on your decision to include 17 covers on the next album?

KC: Um… you know I’ve done covers, I did my first cover on my Who Do Ya (Love) album, and I did It’s the Same Old Song, and then I did You Keep Me Hangin’ On. Then on one of the live albums I did I Can See Clearly Now and I did James Brown’s I Feel Good.

What would happen is we would be doing the show and all of the sudden I’d just start singing the song and the band would pick up on it and start playing it, and I would love the reaction from everybody. I wanted to do this covers thing before the first Rod Stewart one or whoever that was that did them. I know I’m a little late in the game, and hopefully I’m not too late, but I’ve always wanted to do an album like that and I just finally decided “You know what? I’m going to do it.”

Initially I was going to do more songs that were Blues oriented—I wanted to do a KC and the Sunshine Band sing the Blues type of thing—and then I started thinking about these other great songs out there. I mean I’ve done a song by Bob Dylan, I’ve done a song by The Kinks, I pulled an old Allman Brothers song that was redone by Buddy Miles that’s on the album (it probably won’t be familiar to a lot of people). I did a Burt Bacharach song, Always Something There to Remind Me, Stand By Me, I did a Sam Cooke song on the album.

I’ve done a little bit of everything, I did some stuff that were some of my favorites and some that I felt were applied to what life is for me right now and what life has been over the past 40 years.

LI: That sounds like an amazing collection; I’m sure all the fans can’t wait to get their hands on it. Speaking of your fans, KC and the Sunshine Band will be playing at the Harry Chapin Lakeside Theatre in East Meadow on August 23; is there anything you would like say to the fans on Long Island before you come out?

KC: Oh that’s always a great show. Last year I think they had to close the park down there were so many people there, so I’m looking forward to it. I know it’s going to be a great day and a great evening; I can’t wait to get there!

Be sure to head to KC and the Sunshine Band’s concert on August 23, and visit the Events Calendar for all of the best happenings around Long Island!