Scarlett Johansson in Lucy beat out Dwayne Johnson, a.k.a The Rock in Hercules at the weekend box office. 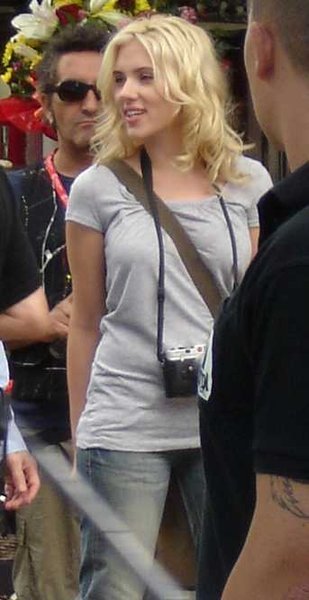 New release, ‘Lucy,’ with Scarlett Johansson came out the winner at the weekend box office. The sci-fi thriller took in $44 million, beating out ‘Hercules’ with only $29 million.

‘Lucy’ is about a woman who gains extraordinary brainpower after a drug implanted in her body seeps into her system. The film’s success is supported by Scarlett Johansson taking the lead role.

‘Hercules,’ starring Dwayne Johnson, a.k.a. The Rock, fared well considering it bumped ‘Dawn of the Planet of the Apes’ to third place at the weekend box office after two straight weeks of running on top.

Other new release ‘And So It Goes,’ a romantic comedy with Michael Douglas and Diane Keaton brought in $4.6 million over the weekend, putting it in eighth place at the weekend box office.

Overall the numbers at the box office continue to remain low when compared to last year. Though the month of August has a number of new releases to entice people to get back out to the movie theaters.

For those looking for a sci-fi, action, and adventure flick:

For those who enjoy biography documentaries: