Brookhaven Calls for “Deplorable” Roadway to Be Fixed

Officials declare a section of Route 25 from Coram to Ridge unsafe. 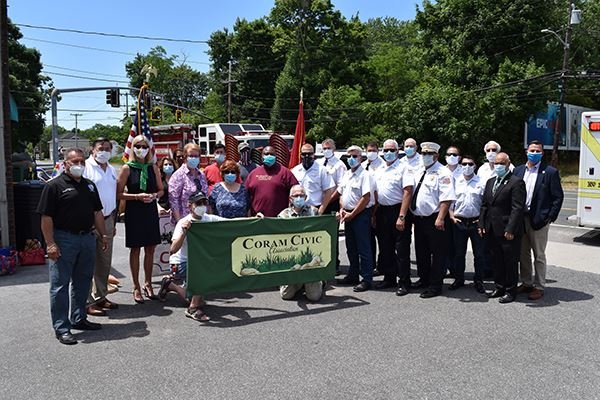 Route 25 also known as Middle Country Road in Brookhaven is riddled with potholes, drainage problems and crumbling curbs, according to a statement released by Brookhaven Town. Officials are calling for the state to honor its commitment to fix the road, one that the town says is creating a hazard for local drivers and emergency service vehicles travelling what is considered a major corridor of central Brookhaven.

“This portion of NY-25 is in deplorable condition and is a hazard to motorists,” said Assemblyman Joe DeStefano in a statement. “New York State DOT must treat this as an emergency situation and start the reconstruction immediately.”

After the New York State Department of Transportation (NYS DOT) assured local officials and residents that the area was going to be paved this summer, the DOT then announced that they would not address this area until 2021.

“This is a New York State highway that must be made safe for our residents,” said Romaine. “Today, we are all united in demanding that the New York State DOT repave it this year.”