Ask Me Elyse: Is Your Boyfriend a Freeloader or a Commitment-Phobe?

Women dismayed when boyfriend casually breaks up with her after living with her for two months. 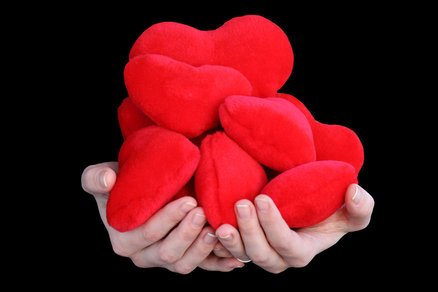 Ask Me Elyse is a question and answer advice column dealing with a wide range of topics including relationships, friendships, work, and family. Ask Me Elyse tries to give advice that is saucy yet practical, empathetic yet honest. Do you have a burning question that you would like to ask? Is there an issue that you can't seem to figure out? If so email your questions to askmeelyse@gmail.com.

My boyfriend and I were dating for a few months. He practically lived with me for two months and we took a trip to Florida together. I paid for the trip, thank you very much. During the trip, he left me at a nightclub to catch up with an "old" friend. After we returned from Florida he stopped calling me and then one day I saw him on the street and called him out on it. He said, "I started seeing someone else. It wasn't that serious. I'm a little dismayed.

Yours, Serious or Not

Dear Serious or Not,

I would like to commend you for "calling him out" on his behavior. If you paid for the trip, he at least owes it to you to formally break it off. Now as for the issue of whether it was serious or not, here is my take.  There are two possibilities. He could be a freeloader who thinks nothing of moving into someone's place. Perhaps your apartment was nicer than his? Do you live in a palace? It sounds like you covet a relationship, so perhaps you were looking for signs that it was serious. In addition, your former boyfriend may have at some point wanted to make a commitment to you but then he realized he couldn't stop himself and his roving eye. Either way, just don't give away too much too fast and you won't feel as saddened the next time something like this happens.

Elyse Bradshaw Seinfeld is a writer living on Long Island. She is working on her first book, Stripper on The Loose which will be coming out soon. She considers herself a student of life: from her experiences as a recruiter, a student advisor, a masseuse, a chef, a tennis professional, and a radio show booker, she has seen and lived it all! For more of Elyse's helpful tips, be sure to check out her blog, at AskMeEylse.Blogspot.com.