Find entertainment all weekend long on the Island, from music, comedy, theater to dancing! 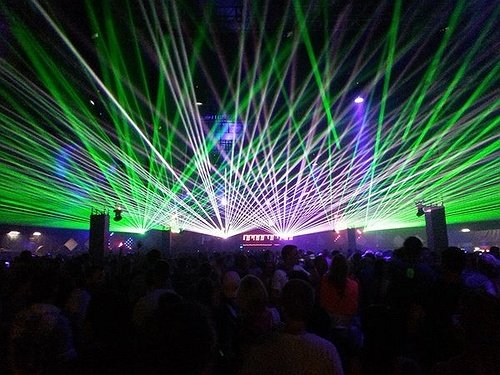 It’s a three-day holiday weekend for many with Martin Luther King, Jr. Day being Monday. Need some ideas for entertainment on the Island? You’ll find it all here from music entertainment, comedy entertainment, theater entertainment to nightlife dancing fun! Enjoy shows like Back to the Eighties with Jessie’s Girl at The Paramount, a benefit show featuring the best of Broadway and more and the Wild Women of Comedy at Dix Hills Performing Arts Center, a comedy performance of Moon Over Buffalo at North Fork Community Theatre and more! Find the events to stay entertained all weekend long right here with Hot Spots: Weekend Watch!

Who: The Wild Women Of Comedy At Dix Hills Performing Arts Center
Info: Enjoy a showcase of female comedians! Kit Stewart is a seasoned comic having performed at places like Caroline’s, Gotham, Catch a Rising Star and The Improv. Anne LiPuma has been producing shows and taking her comedy talents to stages throughout New York City.
Cost: $25 to $30
Time & Place: 7:30PM at Dix Hills Performing Arts Center, 305 North Service Road, Dix Hills – (631) 656-2148

SUNDAY – JANUARY 18, 2015
Who: Moon Over Buffalo At North Fork Community Theatre
Info: This comedy performance is set in Buffalo, New York in 1953. Watch as an over-the-hill thespian couples waits for a big break as they are in the midst of bungling an opportunity to star in a major motion picture.
Cost: $15
Time & Place: 2:30PM at North Fork Community Theatre, 12700 Old Sound Avenue, Mattituck – (631) 298-6328

Who: Time Stands Still At Quogue Community Hall
Info: Enjoy this Pulitzer Prize-winner of Donald Margulies’ drama about a photojournalist trying to find peace but wrestles with the effects of her experiences on the front lines of the world’s conflicts.
Cost: $25, $23 For Seniors, $10 For Students Under 21
Time & Place: 2:30PM at Quogue Community Hall, 125 Jessup Avenue, Quogue – (631) 653-8955

Who: Dark Electro Dance At Revolution
Info: For this Martin Luther King, Jr. holiday weekend come out for a fun night of music and dancing with DJs all night and 2-for-1 drink specials between 8 p.m. and 9:30 p.m. The night features special guests, including Detour, Resurrection, Leather & Lace, Metasin, Cruel Summer, WLIR, and others! Admission for 18 years of age and older.
Cost: $10 Admission
Time & Place: 8PM to 3AM at Revolution, 140 Merrick Road, Amityville – (631) 833-5159

Photo by olddocks, via Free Images.