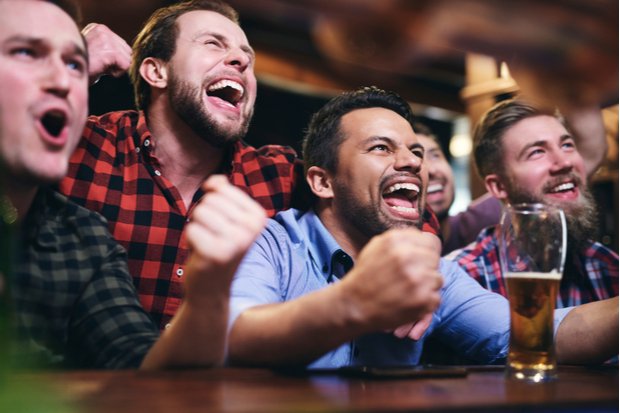 Long Islanders love their sports bars. Lots of televisions. Gread sandwich food. And a selection of beers, wine, and cocktails. We can’t seem to get enough of them and patrons welcomed Canz to Bohemia recently, the newest addition to the Long Island sports pub scene.

Canz menu features everything you’;ve come to expect at your local pub. A selection of appetizers that includes a sampler of potato skins, buffalo bites and battered mozzalerrla sticks ($17), fried calamari ($15), breaded mac & cheese bites ($9), and fried pickles ($9). Sammies include their Cubano ($14), barbeque pulled pork ($15), grille chicken ($14), and a new york cheese steak ($16). You can also get burgers, salads, and their homemade mac & cheese with an endless choice of toppings. On Sundays they have their special Kegs & Eggs special breakfast menu served all day.

The Bohemia location is the second for Canz, which has another bar and grill in Westbury.

On Yelp,  Mariah B, from Holtsville, welcomed Canz to the area.

“My husband and I dined here LATE on a Sunday night two weeks go. We came on a whim after seeing the restaurant sign lit up on Sunrise Highway,” she wrote. “The staff was very nice and there were a few groups at the bar having a great time. We discussed how awesome this spot would be with a group of friends on a Friday night. Will definitely be returning!”

“Didn't know what to expect coming in, our office is less than 5 minutes from the new CANZ location in Bohemia,” he wrote.

Thomas said the beer was cold, the bar was clean and the server made the experience better.