Home » Things to Do » Nature & Outdoors » The Nissequogue River 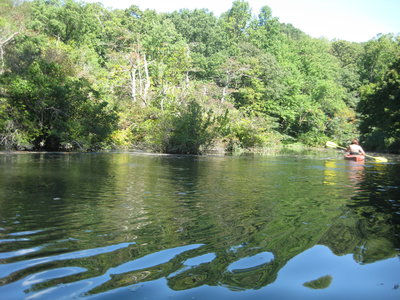 The Nissequogue River is an 8.3-mile river on the North Shore that has a rich geological history, beginning over 20,000 years ago with the glacier that formed Long Island after the last ice age.  As the glacier melted, it formed drainage channels – one being the Nissequogue River, which stretches from the Long Island Sound to Caleb Smith State Park in Smithtown, though it flows in the opposite direction.  Like many local area names, “Nissequogue” comes from the name of a Native American tribe that lived in the area – the Nissequag, which were a subgroup of the Algonquians that built their homes alongside the river.

The Nissequogue is unique in that it is the largest tributary to the Long Island Sound in New York, and it contains sections of freshwater, brackish water, and saltwater.  The different zones of wetlands allow for a variety of vegetation and marine life, and provide nesting area for local and migratory birds and breeding areas for other wildlife.  Wetlands such as this are also useful in that they filter out pollutants from the water and environment.  The freshwater section of the river also functions to decrease the salinity of the Long Island Sound and Nissequogue Estuary, which allows shellfish to thrive.  The Greenbelt Trail runs alongside the river, so hikers can enjoy the scenic river and wildlife that thrives there.

Wildlife enthusiasts can rejoice in the plethora of flora and fauna that this river offers, which earned the river the title of “Significant Coastal Fish and Wildlife Habitat” by the U.S. Fish and Wildlife Service.  A variety of fish call the Nissequogue home, which makes it an ideal location for fishing.  The river is particularly known for its trout – particularly brown, rainbow, and brook trout, but fishers can also find striped bass, eels, bluefish, summer flounder, winter flounder, porgies, yellow perch, alewives, and herring.  It also provides the perfect habitat for many birds of prey, songbirds, and wading birds, such as osprey, Baltimore orioles, herons, egrets, great blue herons, ducks, and mergansers.  Other creatures that make their habitat in and around the Nissequogue River include snapping turtles, painted turtles, shellfish, and small crustaceans.