State Officials Allowing Property Owners to Pre-Pay 2018 Taxes…But Is It Even Worth It?

Pre-paying your taxes for 2018 using 2017’s tax construct would be great, but currently, it’s not guaranteed doing so would actually accomplish anything. 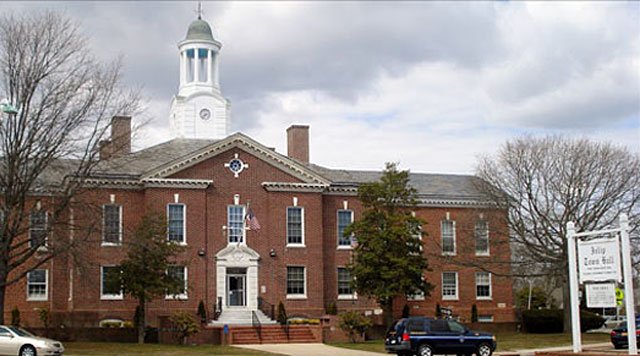 Islip Town Hall, located in the heart of both the Town and Hamlet of Islip at 655 Main Street

Long Island, NY - December 29, 2017 - With the recent historic signing by President Donald J. Trump of the new GOP tax bill – the first large-scale overhaul to the U.S. tax code in 30 years, containing tax cuts for both businesses and citizens – Americans are scrambling to understand what the numerous changes will mean to them personally; among the most notable aspects is the new $10,000 cap on the deductibility of state and local taxes (SALT) when it comes to federal income taxes. This is a very real concern for New York residents, as their property taxes and cost of living expenses already rank among the very highest in the nation, and to many of them – Long Islanders included – the $10,000 cap represents a very real possibility of yet more hard-earned money out of their pockets come 2018.

In response to the GOP tax bill, New York Governor Andrew M. Cuomo authorized local governments to immediately issue tax warrants for the collection of 2018 property tax payments, allowing property owners to pre-pay at least part of their 2018 state and local taxes under current tax laws before the GOP bill goes into effect. As a result of this act on the part of Governor Cuomo, NY residents have been lining up to pre-pay their 2018 taxes, and officials are attempting to extend the deadline for doing so into 2018; currently, some tax offices in New York will be open on Saturday to accept payments, and many are allowing online and credit-card transactions.

But if the deadline for filing is indeed extended into 2018, before you grab your checkbook and race out to pay your taxes early, one question must be asked…is it truly worth it?

First of all, pre-paying your taxes for 2018 using 2017’s tax construct would be great, but currently, it’s not guaranteed doing so would actually accomplish anything. According to CNN Money, the IRS has stated that pre-payments MAY be deductable, but only under limited circumstances: if they are made before the end of the year, and if the tax was assessed before 2018. Again, New York officials are working to extend the deadline to file into the New Year, but even if successful, the fact that there is no concrete answer as to whether or not this would accomplish anything beyond lightening your wallet in the here and now is disconcerting. Considering what New Yorkers are already paying in taxes, filing early and paying out-of-pocket – only to have it count for nothing – would not be a pleasant experience. Of course, if you wanted to look on the bright side, you’d eventually be paying it anyway…you’ll just be doing it sooner rather than later.

Another factor that New York residents may want to consider when it comes to filing early for 2018 is something called Alternative Minimum Tax (AMT), which, according to Forbes, is likely to affect many New York residents.

“AMT is an alternative way of calculating taxes that ensures that taxpayers pay a minimum tax rate of 26% to 28%. If, by taking a variety of deductions, someone’s tax rate falls below that threshold, they must pay the difference as Alternative Minimum Tax,” Forbes noted. “Taxpayers in states with high state and local taxes – like New York and New Jersey – are particularly likely to owe AMT. And because the AMT disallows state and local tax deductions, prepaying your property taxes won’t lower your tax bill. If you were subject to the AMT in 2016, and your situation hasn’t changed substantially, you’re probably subject to the AMT in 2017.”

Also, according to The Washington Post, the IRS announced this week that citizens pre-paying their 2018 taxes this year will be able to claim an additional tax deduction when paying their 2017 federal taxes; however, it is currently not known how this would affect homeowners who are pre-paying estimated 2018 taxes, which would include many, if not most, taxpayers at this point in time.

Taxes are always a tricky subject, but when you add in the rigors of adjusting to a newly-implemented tax plan – one that will hopefully have positive, far-reaching effects throughout the nation for years to come – they can become almost nightmarish. But don’t worry…instead, make sure you consult your financial planner or tax preparer and find out their educated opinions on the subject, and do what you feel is in the best financial interests of you and your family once you have all of the facts. New York is not an easy or cheap place to live in; in addition to examining the complex ins-and-outs of the new federal tax law, it might  also be time to petition representatives in state and local government to cut wasteful spending and work on lowering taxes so that the new $10,000 SALT cap is no longer an issue.