Hey! Don’t plow or shovel all that snow just yet, especially upstate New York and New England which are bracing for a big hit Thursday and Friday. 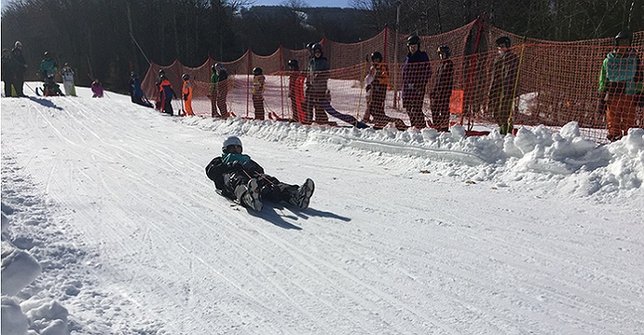 What to do with all that snow? Maybe the nation’s best backyard luge track is in your backyard.

Lake Placid, NY - December 29, 2016 - Hey! Don’t plow or shovel all that snow just yet, especially upstate New York and New England which are bracing for a big hit Thursday and Friday.

Now that so much of the country has received ample snow, how about saving some of it and entering USA Luge’s backyard course designer contest?

Started two years ago, families around the country created and built luge courses, opened it for neighborhood sledding and entered the courses on the team’s Facebook page. Now the backyard contest is back, and who knows. You might discover the next Tucker West.

When West qualified for the 2014 United States Olympic luge team, a nation became aware of his entry into the sport, and the legend of backyard luge was born. Since then, West has won gold medals in three World Cup races.

The 21-year-old from Ridgefield, Conn. had a luge track in his backyard constructed by his father, Brett West. The idea was spawned when the 2002 Winter Olympics in Salt Lake City piqued the interest of the Wests. The track soon became a reality on their property.

Young Tucker and his entire neighborhood sledded on Brett’s design, leading Tucker to pursue USA Luge in Lake Placid. So if Southern Connecticut could produce such a track, maybe communities around nation in snow country can do the same.

Now USA Luge is taking the concept to the masses, and is offering winter sports aficionados the opportunity to design the winning track.

From January 2 through March 13, 2017, USA Luge coaches and athletes, at their sole discretion, will select the winning design. Winners will be judged by the length of the course, how well the sleds run from curve to curve, creativity and safety.

“We’re asking fans to like our Facebook page, and submit videos of their homemade tracks,” said Sheer. “We’ll also provide updates on the number of entries, and feature submissions on our website and social media platforms (Facebook and Twitter). When we recruit in summer we bring sleds on wheels into neighborhoods around the country. Now we want to look into their backyards for the most fun and safe sledding designs.”

The top three designs will receive:

And you never know. One backyard track produced an Olympian and World Cup winner. Maybe there’s someone similar who wants to hang out in your backyard?