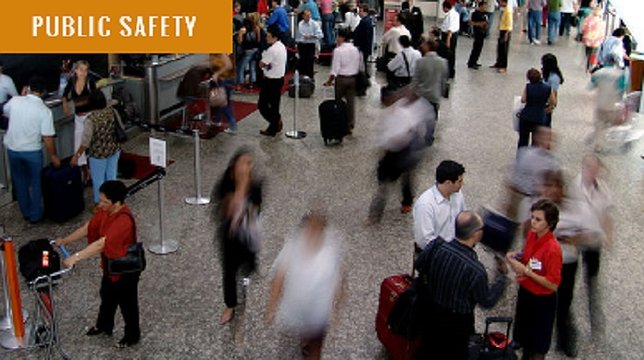 In response to the 2015 terrorist attacks in Paris and San Bernardino, Governor Cuomo directed the state’s Office of Counter Terrorism during the 2016 State of the State to increase the number of exercises across New York to determine if various businesses detected unannounced suspicious exercise activity and promptly reported it to law enforcement.

"Protecting New Yorkers is our number one priority, and we must do everything in our power to ensure safety and security in the face of 21st century terrorism threats," Governor Cuomo said. "We need the public to take an active role in helping to protect all New Yorkers by reporting any suspicious activity to law enforcement, and these exercises are critical to ensuring that businesses stay vigilant and report unusual behavior."

Throughout 2016, members of the FBI’s Joint Terrorism Task Force, New York State Police, county sheriffs, and police departments partnered with the state’s Office of Counter Terrorism personnel to plan and execute this unprecedented statewide initiative. In total, nearly 100 law enforcement agencies and 300 personnel across the State supported this effort. As a result of the Governor’s direction, exercises that were previously held in only a few of New York’s 16 Counter Terrorism Zones each year will now take place in all zones across the state every year.

Based on the current threat environment and intelligence, undercover homeland security and law enforcement personnel visited more than 600 locations from Buffalo to Long Island. At each business, personnel conducted suspicious activity such as searching for various chemicals and components used in improvised explosive devices, to determine if a business detected the nefarious activity and reported it. After each visit, homeland security, federal, state and local partners discussed the encounters with each location to point out successful actions and areas of improvement.

Law enforcement teams visited a wide variety of locations and businesses, from the most rural to the largest urban areas of the state, including mass gathering sites like stadiums, arenas, shopping malls, truck rental companies, colleges and universities, transportation infrastructure, and other public locations that could be targeted by terrorists. Team members also conducted exercises at events such this summer’s Great New York State Fair. In many instances, the activity was reported promptly and accurately, and when activity was not reported, follow up education by team members was well received and would most likely be reported to law enforcement in the future.

Law enforcement also visited businesses, such as hardware stores, gun stores, large retailers and businesses that sell chemicals or components used in the construction of improvised explosive devices, such as pressure cooker bombs and pipe bombs, which were used in the September 2016 explosions in New York and New Jersey. Additionally, these teams tested the hotel and lodging industry based on the premise that those with nefarious intent could use a room as a base of operations to plot future attacks or stage materials.

John P. Melville, Commissioner, New York State Division of Homeland Security and Emergency Services, said, "The unannounced, real-time exercises give us an opportunity to see if businesses react to unusual or suspicious activity and whether they promptly report it to law enforcement. During the past year we did note many positive examples of business employees and the general public who reported the suspicious activity they witnessed from our activities to law enforcement. I applaud their vigilance and ask all citizens to remain alert and be aware of their surroundings."

State Police Superintendent George P. Beach II said, "Educating businesses and the public on how to spot suspicious activity and notify law enforcement is a critical part of protecting our communities from the threat of terrorism. These exercises provided us with vital information that will help us better inform the public and illustrate how critically important it is for businesses and the public to remain vigilant and report potential threats."

Special Agent in Charge Andrew W. Vale, Federal Bureau of Investigation in Albany, said, "Experience has taught us that law enforcement and our communities must work together to identify actions that may involve terrorist related activity. We have seen numerous instances where information from the public leads to the identification of individuals and disruption of criminal activity. The more we can educate the public and test protocols, the safer our communities will be. I encourage the public to remain vigilant and advise law enforcement of any suspicious activity."

Margaret Ryan, Executive Director New York State Association of Chiefs of Police, said, "Police chiefs and law enforcement officers work together to make New York State safer each day. Working hand in hand with our community and business partners through Operation Safeguard enhances that protection and re-enforces everyone is part of See Something, Say Something."

Peter R. Kehoe, Executive Director New York State Sheriffs’ Association said, "These important exercises are great examples of how federal, state and local law enforcement agencies have come together since 9-11 to pro-actively help protect all our citizens from the terrorist threat. Recent events in this country and overseas teach us how necessary it is to remain vigilant. We are fortunate in New York to have a Governor and a Division of Homeland Security and Emergency Services that place such a high priority on maintaining vigilance among our citizens."

Terrorist attacks and plots, across the nation and overseas, reinforce the shared responsibility of all New Yorkers to help keep the state safe. One phone call from an alert citizen or employee of a business who witnesses suspicious activity could alert law enforcement to a terrorist plot in the making.

Anyone can report suspicious activity to the New York State Terrorism Tips Line by calling 1-866-SAFE-NYS (1-866-723-3697), or as a photo or written note via the SeeSend mobile app. Visit Safeguard New York to learn more about how to spot suspicious activity, as well as the state’s “See Something, Say Something” campaign.