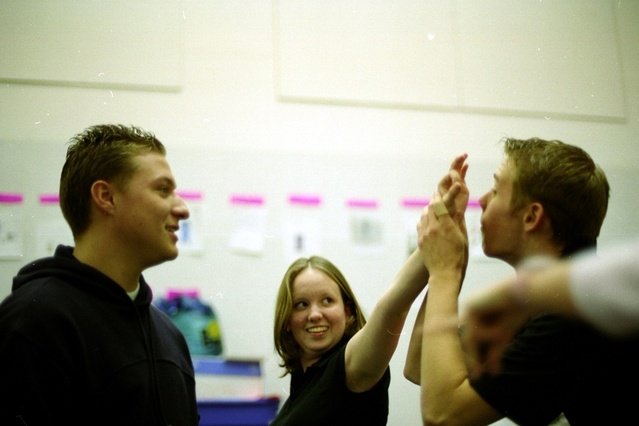 Broadway's upcoming "Anastasia" star kicks off new program on Long Island with youngsters aspiring to become stars of the stage.

Plainview, NY - December 27, 2016 - New York State Assemblyman Chad A. Lupinacci Ranking Member of Higher Education joined Long Island Youngsters 8-17 who are serious about acting careers in a press conference and demonstration on Tuesday, December 27, 2017 in Plainview to kick off a new program that brings Broadway stars as teachers for children on stage. The star of Anastasia will join the kids in this announcement.

Long Island children will be now be given the rare chance to perform onstage with an authentic Broadway stars as a result of this new program. The young actors will share the stage at Plainview’s Beyond the Stage Studio with Christy Altomare. Ms. Altomare will originate the role of Anya in the much-heralded production of "Anastasia," which is scheduled to open in April at the legendary Broadhurst Theater.  She has already captivated theater fans in her 2012 Broadway debut as Sophie Sheridan in the Winter Garden Theater production of Mamma Mia.

Performing with real Broadway stars is part of the program offered by "Beyond the Stage," a new program that takes students through all aspects of the theater profession, from the successful audition, to a focus on long-term skills and development of healthy vocal technique, dance technique, and acting skills as the core of the program. The intensive musical theater program provides each student with an individualized curriculum that prepares them for succeeding in professional auditions, and potentially booking the role of their dreams.

Other Broadway stars including Blair Goldberg of "Kinky Boots," Alessa Neeck of "Cinderella" and Stephen Hanna of "Hello Dolly" have already been on the Long Island set of this new program that prepares and teaches kids to become future stars of the stage on Broadway.