Nassau County District Attorney Kathleen Rice announced the sentencing today of an Inwood man for assaulting a Nassau police detective who, along with two other members of the Nassau County Police Department, was investigating reports ... 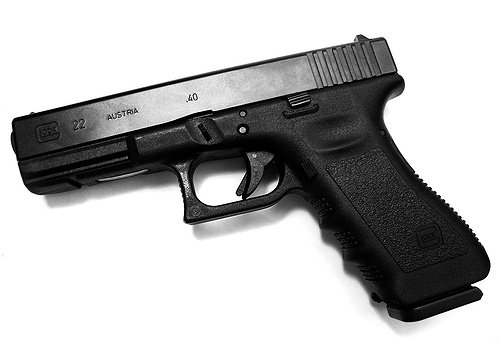 Inwood, NY - December 24, 2014 - Nassau County District Attorney Kathleen Rice announced the sentencing today of an Inwood man for assaulting a Nassau police detective who, along with two other members of the Nassau County Police Department, was investigating reports of shots fired in a residential neighborhood of Five Towns in February 2012.

George Towns was sentenced today to 11 years in prison with five years of post-release supervision by Nassau County Court Judge Teresa Corrigan. Towns pleaded guilty in May to the following grand jury charges:

“This defendant repeatedly terrorized a community with the threat of gun violence, and then threatened the lives of members of the Nassau County Police Department,” DA Rice said. “This sentence should send a strong message that those who attack the brave men and women who put their lives on the line to serve and protect all of us will be held accountable to the fullest extent of the law.”

DA Rice said on Feb. 24, 2012 at approximately 6:45 p.m. in Inwood, Towns approached a 56-year-old male and said, “I heard you call the cops; this is my territory.” The defendant then reached into his waistband and pulled out a black handgun and pointed the gun at the victim.

On Feb. 26, 2012 at approximately 2 a.m., neighbors reported gunshots outside of a house party on Henry Street in Inwood. Witnesses later told police that Towns was at the party and had information about the incident.

Later that day, two detectives from the Nassau County Police Department’s 4th Squad and one police officer from NCPD’s 4th Precinct were canvassing the neighborhood attempting to get information about the shooting and suspects in connection with the earlier report of shots fired. Police saw Towns and approached him near the location where the house party took place the night before.

At approximately 2 p.m., as the police approached the defendant, he pulled a gun and pointed it at them. While attempting to bring Towns into custody, the defendant held a gun to a female detective’s head. During the ensuing struggle, the police officer at the scene shot the defendant three times.

In order to evade prosecution, Towns then fled into the property of a nearby residence on Stanley Street in Inwood and hid the gun in a shed, thereby tampering with physical evidence.

The female detective was taken to South Nassau Communities Hospital to be treated for a serious back injury. Towns was transported to the same hospital with non-life-threatening injuries.