You can vote to make it one of the top 10 in the country. 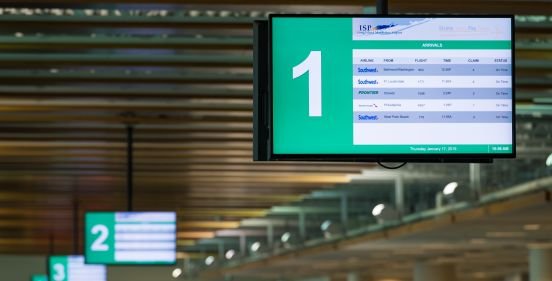 Among USA Today’s list of 20 small airports nominated to be the best in the United States is Long Island’s very own MacArthur airport. And now, readers can vote to make it one of the top ten best small airports in the country. The nominees were released on December 17, 2019 and voting will continue through January 13, 2020. People can vote on USA Today’s 10Best website. You can cast one vote each day. Winners will be announced January 24.

USA Today defines a small airport as one that serves fewer than 10 million passengers annually and excels with its commercial flight offerings, easy access and amenities.

In the listing for MacArthur Airport USA Today says that travelers who want to avoid the big, crowded New York area airports like JFK and LaGuardia can find “a peaceful alternative in the town of Islip. Long Island MacArthur Airport, about 50 miles from Midtown Manhattan, is served by Southwest, American and Frontier.”

Competition among the 20 airports nominated include airports from Bangor, Maine, Maui, Hawaii, and Waco, Texas.

“We are honored to be one of the 20 airports selected by a panel of experts. We are hoping our loyal base of travelers and the Long Island community will vote each day,” said Islip Town Supervisor Angie Carpenter in a statement.