We dug into the archives to find this old picture of an historical saltbox house. 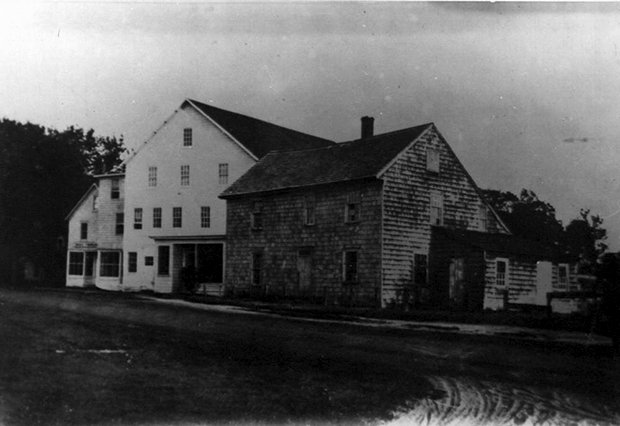 The East Hampton Library has this old picture of an old salt box house in its archives, known as "Rowdy Hall."

The building, according to a description of the photograph, originally stood on Main Street, at the easterly side of the Presbyterian Church. From there it was moved to Gay Lane, as shown in the photograph above.

It stood for many years on the same site as the present East Hampton Post Office. In the picture, the large building at the left is the blacksmith and carriage making shop of James E. Gay. This was completely destroyed by fire in the late 1930's.

Later Rowdy Hall was moved again, and now stands on the westerly corner of David and Egypt Lane.

A listing for a home at 111 Gay Lane says that the saltbox house is for rent.

“Jacqueline Kennedy summered here as a young child,” the listing reads. “A long time private residence, it is a charming saltbox, light and breezy, with a relaxed interior by designer Tom Scheerer.” 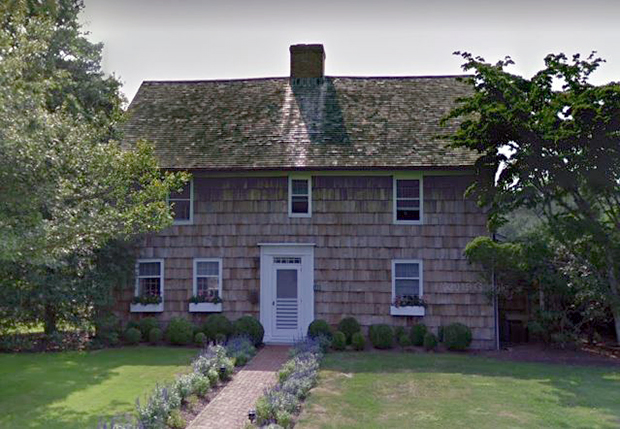 An English Pub/French Bistro cuisine restaurant in East Hampton took the historic name of Rowdy Hall as its own when it opened in 1996.

“Tucked away in the Parrish Mews on Main Street, Rowdy Hall takes its name from the turn of the century boarding house frequented by artists who visited East Hampton,” the description on the restaurant’s page reads. The revelers earned the building its name, Rowdy Hall.

In an article about preservation efforts in East Hampton on Patch a local historian spoke about the proliferation of saltbox homes in the village.

"East Hampton is known for its salt box houses,” Robert Hefner, the village's director of historic services, is quoted as saying in the story. “We have more here than any other municipality on Long Island."