In an effort to reverse the rise in heroin and opioid-related deaths in Suffolk County, health officials on Monday conducted Opioid Overdose Response training for staff of 11 local school districts at the Eastern Suffolk ... 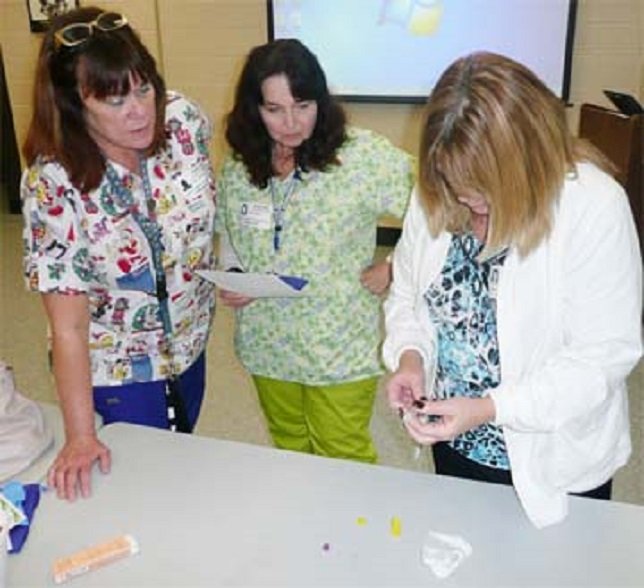 “I commend the School Superintendents Association for partnering with us in our multi-pronged approach to dealing with the heroin epidemic and for responding promptly to the state’s call to get Narcan into the hands of those who are closest to our youth,” said County Executive Steve Bellone.

Though Monday’s session was not the first time the county has trained school personnel in opioid overdose response, it was the first large-scale training tailored specifically for school personnel and supported by the Suffolk County School Superintendents Association (SCSSA).

“Heroin abuse has become an epidemic in our communities and we will do whatever we can to save a life,” said Susan Schnebel, president of the SCSSA and Superintendent of Islip School District. “Given the state’s authorization to train school staff in opioid overdose response, it made sense for us to gather at one location during the work day to train as many as possible as quickly as possible. We hope to host additional sessions in the coming year.”

At the session, school officials learned not only about the warning signs of drug use in the student population and the administration of nasal naloxone, an opioid antidote, but also about New York State’s directive to school districts to outline a policy on opioid overdose response.

“School districts are being offered one of three options by New York State,” said Dr. James Tomarken, Commissioner of Health Services. “We urge school districts to determine a policy and get it into place as soon as possible.”

According to Robert Delagi, Suffolk's director of emergency medical services and public health emergency preparedness, “It is important for school district personnel who receives opioid overdose reversal training to understand that naloxone administration is safe and effective, and comes with protection from liability Ultimately, we want to get naloxone into the hands of as many people as possible, the goal being saving one life at a time.”

Since July 2012, when the NY State Department of Health authorized equipping basic life support emergency medical technicians, including police officers, with Narcan, Suffolk County has recorded 1805 opioid reversals, 483 of those to date this year.