Murray has served as a member of the Education Committee for a number of years. 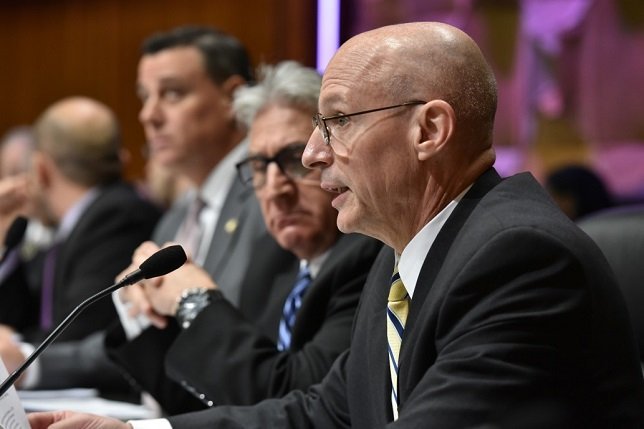 Long Island, NY - December 15, 2017 - Assemblyman Dean Murray (R,C,I-East Patchogue) has announced that he has been appointed as the Ranking Republican Member of the Assembly’s Education Committee effective January 1, 2018. Murray has served as a member of the Education Committee for a number of years and has spearheaded efforts to reform curriculum, push back against the Common Core, increase school aid and change the teacher evaluation system.
“I have had the honor of serving on the Education Committee for several years and am very familiar with the many serious issues facing students, parents, teachers and school districts,” Murray. “I look forward to working with Chairwoman Nolan to ensure that we are doing all we can to ensure that our education system continues to be one of the best in the nation. It is imperative that we do all we can to give our children the type of education that will prepare them for a successful and fulfilling future.”
Murray will also continue to serve as the Ranking Republican Member of the Assembly Tourism, Arts & Sports Development Committee as well as continue to serve on several other committees.
Assemblyman Dean Murray represents the 3rd District, which includes portions of Brookhaven, Medford, and Mastic Beach in Suffolk County. For more information, visit Assemblyman Murray’s Official Website.