Bay Street Theater is pleased to announce one of the three productions planned for the 2015 Mainstage Season. 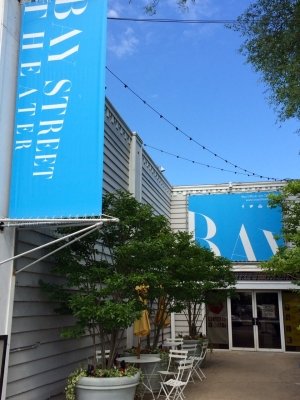 Sag Harbor, NY - December 11, 2014 - Bay Street Theater is pleased to announce one of the three productions planned for the 2015 Mainstage Season.  The season begins on May 26 and runs through August 30. The third production of the summer will be the musical Grey Gardens, running from July 28 – August 30, with book by Doug Wright, music by Scott Frankel, and lyrics by Michael Korie. Casting and the creative team will be announced soon.  The show is currently only available as part of a 2015 Mainstage Season Subscription, which are available by calling the Box Office at 631-725-9500 or online at the website.

Grey Gardens tells the story of Big Edie and Little Edie Bouvier Beale, the eccentric aunt and cousin of Jaqueline Kennedy Onassis.  It is based on the 1975 documentary by Albert and David Maysles, which is celebrating its 40th anniversary in 2015. Set at the Bouvier mansion in East Hampton, this bold musical follows a mother and daughter on their hilarious and heartbreaking journey from glamorous aristocrats to notorious recluses in a crumbling house filled with memories and cats.

“I am very excited we will bring the daring musical Grey Gardens to Bay Street this summer,” says Scott Schwartz, Artistic Director for Bay Street Theater. “This is a story set in the heart of the East End and that is woven into the social fabric of our community. What a thrill it will be to see the lives of the Beales unfold onstage just miles from their now infamous home.  This musical is entertaining and complex, featuring a terrific score and delicious characters.  With this production, Bay Street will continue to share innovative, contemporary musical theater with our audience.”

The 2015 Mainstage Season is sponsored in part by New York State through the generosity of Assemblyman Fred Thiele and State Senator Kenneth P. LaValle; the New York State Council on The Arts, a State Agency; Town of Southampton; The Harold and Mimi Steinberg Charitable Trust; The Shubert Foundation; and fully or partially funded by the Suffolk County Executive’s Office. For more information about Bay Street Theater log on to the website.