Hard on the heels of NBC’s live performance of The Wiz from Grumman Studios in Bethpage and in an effort to further attract the motion picture and television industry to Nassau, County Executive Edward P. ... 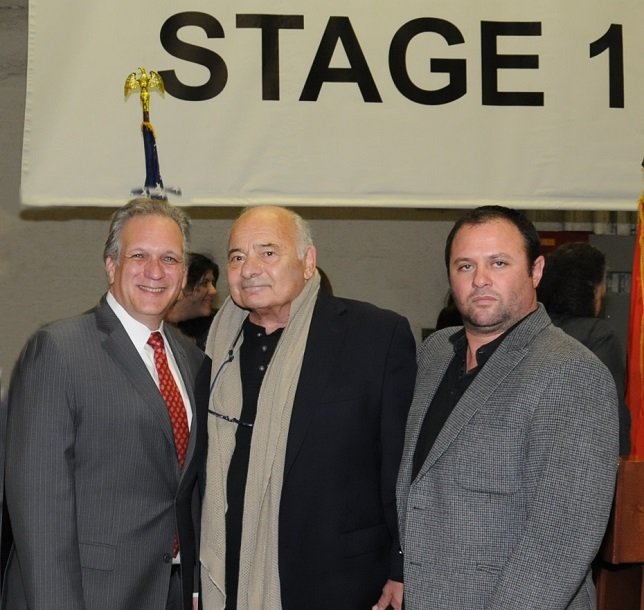 Nassau County, NY - December 3, 2015 - Hard on the heels of NBC’s live performance of The Wiz from Grumman Studios in Bethpage and in an effort to further attract the motion picture and television industry to Nassau, County Executive Edward P. Mangano hosted a two-day “Location and Studio Tour” December 1st and 2nd for the industry’s hottest independent producers and directors as well as movie, commercial and television location managers and scouts.

County Executive Mangano stated, “Nassau County continues to be the Hollywood East of the motion picture and television industry as productions, both large and small, have been attracted to our unique facilities and Location and Studio Tours have helped attract additional productions to Nassau County. My administration has supported the film industry in expanding its local operations as it benefits our residents by generating $533 million in economic benefit for the region over the past two years and helped to employ more than 1,700 people.”

Location scouts and managers from such television productions as The Blacklist, Elementary, Nurse Jackie, Damages, Law & Order, Babylon Fields, Person of Interest and Royal Pains as well as others participated in the Location and Studio Tour. Chris Kenneally, Director of Side by Side, Robyn Bennett, Producer of Green Dolphin and Jeremiah Kipp, Producer and Director of many stage and film productions will also be in attendance. Independent filmmakers, Peter Frizalone of MovieMan Productions, Joseph Halsey of Halsey Film, Rob Reilly of Cinemook Productions and many other directors and producers of film, television, commercials and videos will also be participating in the tour.

An independent economic analysis performed by Camoin Associates in 2015 indicates the film industry generated $533.6 million in economic benefit for Nassau County and more than $1.64 million in sales and hotel taxes between 2013 and 2014. The industry employed 1,773 annual jobs through the production of more than 535 films, which accounted for over 2,109 days between 2013 and 2014. Nassau County is now the home of two successful production studios that encompass three buildings and nine sound stages that compete internationally for film and television production.

The economic study, commissioned by the Nassau County Industrial Development Agency (IDA), focused its review on three filmmaking facilities: Gold Coast Studios in Bethpage, Grumman Studios in Bethpage and the Sands Point Preserve in Port Washington, and on-location filming throughout the County. These studios are qualified New York State production facilities and therefore film producers are entitled to a 30% tax credit through the Empire State Film Production Tax Credit program. In addition, the studios are located within the “Film Zone” – a boundary set by several New York City film industry unions to define the area in which their members will work locally without incurring travel and overtime costs. The boundary is a 25-mile radius of Columbus Circle.

Prior to serving as County Executive, Ed Mangano worked tirelessly to redevelop the former U.S. Navy-Northrop Grumman Corporation property in Bethpage. Today, the property serves as home to nine sound stages and two studios: Gold Coast Studios and Grumman Studios. As a Legislator, Ed Mangano formed Nassau County’s first Film Commission in 1997. As County Executive, Mr. Mangano has hosted annual industry tours to attract producers, directors, film writers and others in the industry to Nassau. Over the past few years, movies and television shows filmed in Nassau County included: NBC’s live performances of “The Sound of Music” and “Peter Pan,” “The Good Wife,” “The Amazing Spiderman 2,” “Royal Pains,” “The Americans,” “Person of Interest,” “The Blacklist,” “Boardwalk Empire,” “This Is Where I Leave You,” “Teenage Mutant Ninja Turtles,” ”The Wolf of Wall Street,” “Annie,” “The Affair,” “Still Alice,” “Sisters,” “TrainWreck,” and many, many more.