Fengyi Zhou, of Syosset, NY, and the owner of a business that specialized in Asian works of art, pleaded guilty to illegally trafficking horns from endangered black rhinoceros. 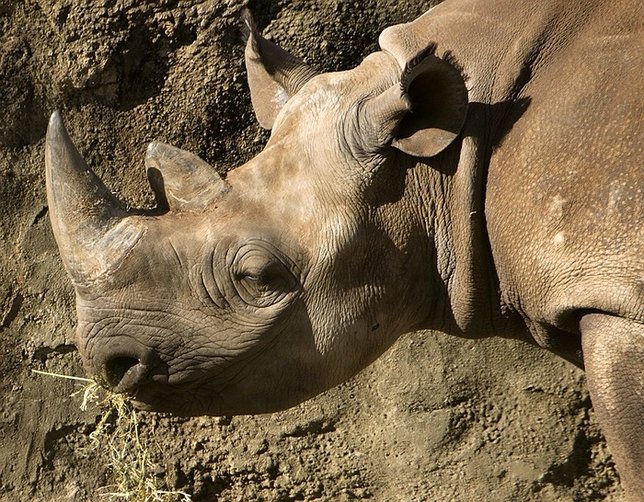 The horns are the remains of endangered black rhinoceros.

Photo by: Matthew Field, license under CC-BY A 2.5 Generic.

Syosset, NY - November 29, 2016 - Fengyi Zhou, a resident of Syosset, New York, and the owner of a business that specialized in Asian works of art, pleaded guilty today to illegally trafficking horns from endangered black rhinoceros.

The guilty plea was announced by Assistant Attorney General John C. Cruden for the Department of Justice’s Environment and Natural Resources Division and Dan Ashe, Director of the U.S. Fish and Wildlife Service (USFWS).

Zhou, 49, who has worked as an Asian art dealer for years, pleaded guilty today before U.S. District Judge William F. Kuntz II for the Eastern District of New York in Brooklyn, New York, to a one count information charging him with wildlife trafficking in violation of the Lacey Act.

Zhou was identified as part of “Operation Crash” – a nationwide effort led by the USFWS and the Justice Department to investigate and prosecute those involved in the black market trade of rhinoceros horns and other protected species.

In papers filed in federal court, Zhou admitted to purchasing as many as five uncarved rhinoceros horns from another Asian arts dealer in New York.  Along with the horns, Zhou was given an “Endangered Species Bill of Sale,” from which Zhou was made aware that four of the horns were purchased in Texas and unlawfully transported to New York.  Immediately after purchasing the rhinoceros horns, Zhou offered to sell and later sold the horns, to an associate who was a Chinese national residing in the People’s Republic of China for more than $130,000.

“These horns are the remains of a dead animal, and one of the world’s most iconic species that will certainly go extinct in our lifetimes if we do not stop this illegal trafficking,” said Assistant Attorney General Cruden.  “We expect those in the arts and auction trade to understand and obey the law, and those that do not will be investigated and prosecuted for these crimes.”

“Because of the scourge of wildlife trafficking and those like Mr. Zhou who practice it, there is now a very real possibility that the rhinoceros could disappear from Africa,” said Director Ashe.  “We are determined that this never happen and that we don’t leave behind for our children a world without this magnificent wild creature.  The law enforcement efforts of Operation Crash have now seen dozens of rhino traffickers caught and prosecuted, each case sending a clear message to others engaged in this shameful practice that we will stop you and we will bring you to justice.”

Rhinoceros are herbivores of prehistoric origin and the largest remaining mega-fauna on earth.  They have no known predators other than humans.  All species of rhinoceros are protected under United States and international law.  Since 1976, trade in rhinoceros horn has been regulated under the Convention on International Trade in Endangered Species of Wild Fauna and Flora (CITES), a treaty signed by over 183 countries around the world to protect fish, wildlife and plants that are or may become imperiled due to the demands of international markets.