Federal funding for the $50 million project has been approved. 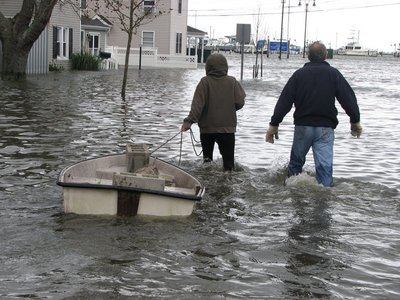 Governor Andrew Cuomo made a statement on Friday, announcing a new project that will improve protection for Queens and Howard Beach from storms such as Hurricane Sandy. Federal funding for the resiliency project has been approved.

The project will span 150 acres along Spring Creek and Jamaica Bay in Queens. Initial estimates are pricing the project at a total of $50 million. $3 million will go towards engineering and design work, and the remaining money will go towards resiliency efforts once plans are approved.

"Like several other communities located by water, Howard Beach suffered incredible damage from storm surges during Superstorm Sandy," Governor Cuomo said. About 1,958 homes, 38 businesses and two schools were seriously damaged in the Howard Beach area during the 2012 storm.

"To strengthen Howard Beach against future flooding and storms, we are moving forward on a major project that improves the natural infrastructure along Spring Creek and the Jamaica Bay coast in Queens,” Cuomo added.

The State Department of Environmental Conservation has developed a plan to limit storm surge inundation in Howard Beach. Vegetated salt marshes, dune complexes, grasslands and maritime forests at increasing elevations are all part of the project, and will help protect the area from sea level rises. Dampening shell fish reefs may also be part of the project.

During Hurricane Sandy, the water rose to about six feet above sea level in Howard Beach. This was not the first time that the community has been severely affected by storm surges. Due to the area’s low elevation, even moderate storms can cause serious damage. It is also vulnerable to waves.

The project will drastically change the grade within the mitigation site. An estimated 765,000 cubic yards of material will be excavated across the site. 40,000 cubic yards of sand will also be used for planting purposes. 150 acres of maritime habitats will be restored in the process.

Essentially, the environmental systems being implemented by this project will create barriers to block flood waters as well as reduce wave energy.