The co-director of Al Gore’s An Inconvenient Sequel: Truth to Power, Bonni Cohen, will be Tom Needham’s guest on The Sounds of Film. 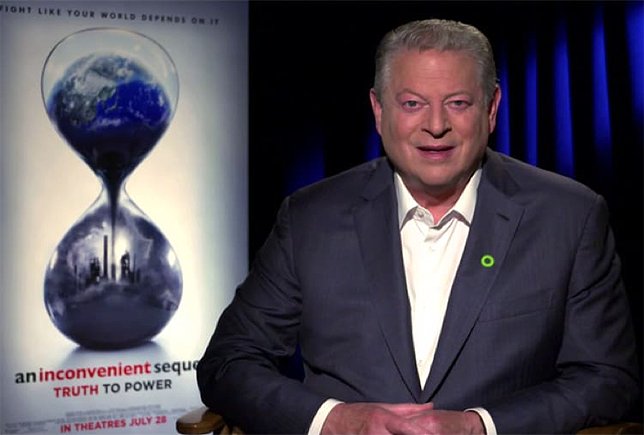 Stony Brook, NY - November 2, 2017 - Al Gore’s An Inconvenient Sequel: Truth to Power director, Bonni Cohen, will be Tom Needham’s special guest this Thursday at 6 P.M. on WUSB’s The Sounds of Film.
It is ten years after Al Gore’s film, An Inconvenient Truth, won an Academy Award for Best Documentary. The original documentary is regularly credited with bringing climate change to the forefront of popular culture.  Now, a decade later, Al Gore has returned to continue his fight to educate a new generation about the dangers of climate change.  In his new film, directors Bonni Cohen and Jon Shenk, follow Al Gore as he travels the globe speaking to audiences, local politicians, business titans and world leaders. An Inconvenient Sequel: Truth to Power shows the startling new evidence illustrating the horrifying effects of climate change, and offers inspiring stories of people working together to find solutions to this crisis.
Bonni Cohen is an celebrated documentary producer and director.  She is most well-known for her films Rape of Europa, the story of how Nazi Germany plundered Europe’s great works of art, and Audrie & Daisy, which looks at the effects  that online bullying has on the lives of teenagers.
About the Sounds of Film
The Sounds of Film is the nation’s longest-running film and music themed radio show.  For the past 30 years, the program has delivered a popular mix of interviews and music to listeners all over Long Island, parts of Connecticut and streaming worldwide on the internet at wusb..fm.  Previous interviewees include director Chris Hegedus, Cowspiracy’s Kip Andersen, Julie Andrews, director Jordan Peele, Kurtis Blow, William H. Macy and Rob Reiner.