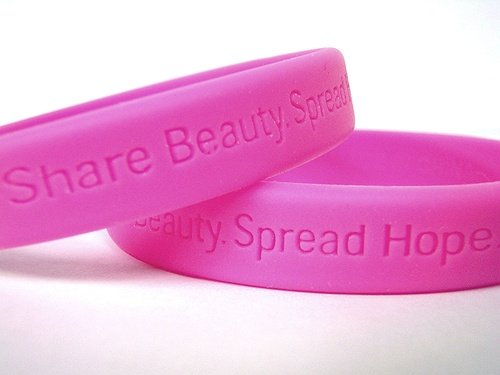 Statewide, NY - October 30, 2014 - In just one year, a National Grid employee fundraiser and breast cancer awareness campaign has blossomed from $3,600 in donations to more than $100,000. The company’s program to give employees pink hard hats in exchange for $20 donations to the American Cancer Society dramatically increased in popularity in its second year, as it expanded to include Massachusetts, New York and Rhode Island. National Grid also matches every employee donation and covers the cost of the hard hats, so the American Cancer Society will receive more than $200,000 from this year’s campaign.

The idea for the pink hard hats came from Paul Sibley, manager of National Grid’s overhead infrastructure in central and western Massachusetts. Sibley’s wife battled breast cancer, and he came up with the pink hard hats as a supportive gesture that would also help raise money for research.

“You never know when that $1 you raise will be the $1 that makes a difference,” said Sibley. “We recently celebrated my wife’s fifth year being cancer free. And when you found out how many people were interested in these hats – you see how many people are really affected by it.”

As of late October, more than 5,000 pink hard hats had been distributed as part of this program. National Grid is also working to increase breast cancer awareness by shining pink lights on many buildings this month, including its downtown Syracuse office complex and the iconic rainbow tank in Boston.

About National Grid
National Grid (LSE: NG; NYSE:NGG) is an electricity and gas company that connects consumers to energy sources through its networks. The company is at the heart of one of the greatest challenges facing our society - to create new, sustainable energy solutions for the future and developing an energy system that underpins economic prosperity in the 21st century. National Grid holds a vital position at the center of the energy system and it ‘joins everything up’.