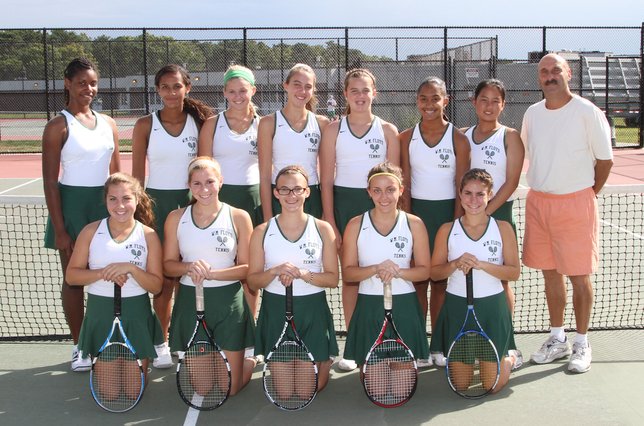 Mastic Beach, NY - October 29th, 2013 - The William Floyd girls varsity tennis team just concluded their most successful season in team history – finishing the year with a 20-1 record  ranking second in Suffolk County and third on Long Island. After a first round bye in the playoffs, the Lady Colonials led by All-State players Kelci Henn and Lisa Lin, defeated the teams from Bayport-Blue Point, Smithtown East and East Islip before meeting number one ranked Half Hollow Hills East for the county championship. In the finals held at Smithtown East, the team battled valiantly before losing five matches to two – pushing three of those matches to three sets.

“I'm so proud of all the girls on this team for their outstanding dedication, work ethic and desire to excel,” said Coach David Pia. “These girls are true champions.”

Team notes and highlights: The Lady Colonials won the League, Division and Section XI Big Four Titles for two consecutive years; qualified for the playoffs for 11 straight years; and posted a 37-3 record over the past two seasons – a 92.5 percent winning percentage.