AccuWeather reports the Eastern Hemisphere is in for a treat this Halloween weekend as a rare Black Moon will rise in the sky. 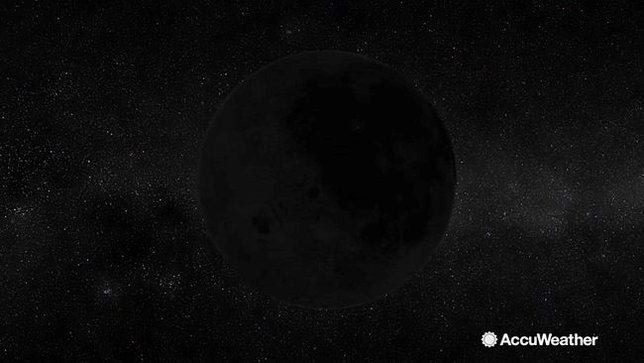 AccuWeather reports the Eastern Hemisphere is in for a treat this Halloween weekend as a rare Black Moon will rise in the sky.

Depending on where you are in the Eastern Hemisphere, this month's Black Moon will either occur on Oct. 30 or Oct. 31.

Unlike most astronomical events, the Black Moon cannot be seen.

This is because during a new moon, the side of the moon that is illuminated faces directly away from the Earth.

While the event is not able to be seen, the lack of moonlight makes it easier for stargazers to see the Milky Way or lay out and watch a meteor shower.

The peak of the Orionid meteor shower occurred earlier in the month; however, some meteors from it will continue to streak across the night sky through the first week of November.

Additionally, the peak of the Taurids meteor shower is approaching, improving the chance of seeing some shooting stars or perhaps even a fireball.

Meteors from these showers can appear anywhere in the night sky with the best viewing conditions arriving after midnight.

While this type of Black Moon happens about once every two and a half years, there are several other lunar events that fall under the same name.

Another type of Black Moon is when there are no new moons in a month. These can only happen in February and occur once every five to 10 years, said Bob Berman, an astronomer for Slooh.

"The phrase could also mean the third new moon when there are four in a season, which is actually also one of the definitions of a Blue Moon when the same thing happens to a full moon," Berman said.

The next time that two new moons will fall in the same month will be in July of 2019.

By Brian Lada, Meteorologist for AccuWeather.com