Serving up ice cream and other sweets. 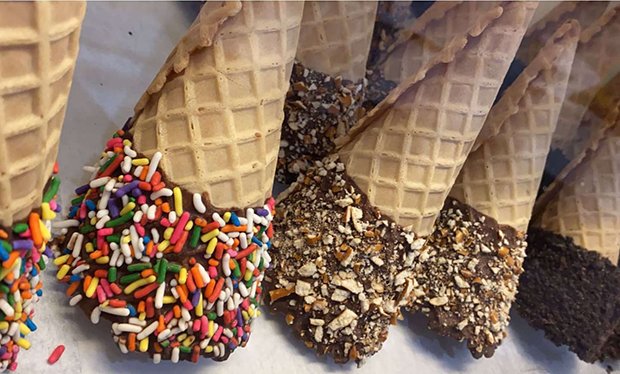 The Boston-based ice cream chain Emack & Bolio’s has opened a new location in Manorville, its first on Long Island. Founded in 1975 by a lawyer and homeless advocate Robert Rook in Massachusetts, the name came from two homeless men that Rook had done work for. According to a story in Patch.com, the men asked Rook to name his ice cream place after them.

The ice cream shop has a hippie vibe drawing from the founder’s roots in activism in the 1970s, advocating for the homeless, gay rights, and representing rock stars.

“Plenty of friendly staff,” she said. “Pleasant  young people eager to help but with a country Manorville, easy going vibe.”